How can sex work and fast fashion be linked?

We are in Cambodia, where government officials are attempting – at least on paper – to save young women from the sex market by employing them in factories that produce clothing for a variety of Western brands. The textile industry, which is the main source of income for most Southeast Asian countries, has long been chastised for the abuse and lack of security it provides to its employees. It is enough to say that, in recent years, Cambodia has been hit by waves of strikes by workers in the sector (often violently suppressed), demanding an increase in wages, as well as more humane working conditions.

The “From Sex Worker to Seamstress: The High Cost of Cheap clothes” documentary, produced in 2014 by Vice magazine, adds a new dimension to this image of exploitation: rather than providing women with a valuable opportunity to change their lives and better their circumstances, the government’s re-education program for the “recovery” of prostitutes appears to lay the groundwork for the unfortunate to be reduced to a state of semi-slavery.

Cambodia is one of the most popular destinations for so-called “sex tourism,” with thousands of young women, many of whom are teenagers, prostituting in a variety of settings ranging from the streets to brothels to clubs catering to Westerners. Some are exploited, while others choose to transform this into a full-time job to help their families.

The government of Phnom Penh has set a target in recent years to stem this epidemic as much as possible, at the urging of several international organizations, including Unicef, through instruments such as the “re-education programme.”

In the documentary, Suroosh Alvi, the founder of Vice, interviews several women who have personally experienced the process of social reintegration, explaining first and foremost how the program’s technical start-up is not a completely free option. Girls who are arrested during anti-prostitution raids are given the option of being detained or participating in the training, which becomes the only form of escape, and the only path back to safety.

However, the course on which the girls are initiated offers very little freedom. Teaching is overseen by non-governmental organisations and takes place in semi-prison facilities, inside special training centres, without compensation, depriving women of any kind of financial support. Following that, young people who have finished their vocational training go on to serve as garment factory employees, working a low-paying job with little benefits and in dubious hygienic-sanitary conditions, which is exacerbated by the overcrowding of manufacturing warehouses. Clothes are manufactured for well-known multinational brands (HM and Benetton are listed in the documentary): t-shirts, trousers, and skirts that then end up in shops all over the world, fuelling a billion-dollar turnover.

Jobs in Cambodian factories last from dawn to sunset, six days a week, and the pay is just $ 80 a month (the minimum required by Cambodian law: too little because, as the documentary claims, a rent costs at least $ 40). As a result, the initiative that was supposed to rescue young women from trafficking and a degrading life only turns them to low-wage jobs, subjecting them to arduous working conditions and depriving them of their most basic freedom.

It is therefore not surprising that the girls interviewed said that “they would rather go back to the streets, where the conditions and pay are better.”

This short film reopens the discussion on the working conditions in the garment industry, which, according to estimates, is the world’s second-most polluting industry, behind oil. Fast fashion has thrived in the last thirty years as a result of a modern paradigm focused on constant substitution, which finds its raison d’être in a reality where clothes have very low costs.

In the documentary Cambodian women challenge Westerners not to accept this abuse, both politically and economically or, at the very least, to gain information of what they are (in)directly funding. The major brands, on the other hand, do not appear to want to say much about the current situation or, when they do so, they argue that the arrangements are in line with the country’s laws, but the truth is very different, as I will explain.

Thanks to a leap into the past, we are now in Bangladesh, in Dacca, wherein in 2013 more than 1130 people lost their lives due to the collapse of the Rana Plaza building. This is considered the worst structural collapse in recent human history, as well as the most serious fatal accident in a garment factory.

According to the reconstruction of the accident, the owners were well aware that being in the building was risky. Small collapses had even occurred in the days leading up to the crash, creating concern among staff. Despite that, the employees continued to work, for they were threatened with being fired if they did not show up for their shift.

“Rana Plaza was not an accident: it was a crime,” said Kalpona Akter, president of the Bangladesh Garment and Industrial Workers Federation. “This tragedy may have been avoided entirely if proper protective procedures, effective surveillance, and listening to the staff themselves had been in place. The Bangladesh Accord has indeed introduced and implemented such security measures over the past eight years, but if we want to prevent another Rana Plaza and promote positive change, then we need a new agreement that is signed by all the brands that produce in Bangladesh.”

The agreement he refers to is the Accord on Fire and Building Safety, a legally binding pact between 70 apparel brands and manufacturers, foreign and local trade unions, and non-governmental organisations (NGOs) to improve working conditions in Bangladesh’s garment industry.

Unfortunately, the compromise did not address the root of the problem: profit-driven reasoning that benefits a select few at the expense of the rest. If Bengali entrepreneurs wish to keep doing business with European companies, they must play their game: pay very little for labour to guarantee cheap costs and, as a result, a large profit.

As if that was not bad enough, fast fashion has negative environmental consequences: there are many raw materials involved in the production process, such as water, earth to grow fibres and chemicals for dyeing fabrics. Added to this is the use, introduced by fast fashion, of cheaper but highly harmful fabrics, like polyester.

The obsessed and illusory demand for new garments produced results in greater exploitation of natural resources, to which is added the emission of gas to the greenhouse effect during the extraction of the raw materials, the manufacturing, the transportation, and the disposal of the goods, which causes serious harm. The number of clothes that fill landfills each year has risen drastically as a result of accelerated fashion shifts, low-quality garments that wear out quickly, and the craze for purchasing clothes we do not need.

It is impossible to get oneself out of fast fashion, but are we ready to do it? 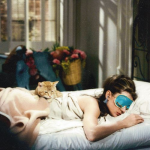 journalism and politics @ University of Stirling

journalism and politics @ University of Stirling