It was recently revealed that MPs have been keeping secret employment agreements for second jobs.

An independent investigator has found that more than a quarter of Conservative MPs have second jobs which are worth more than £4 million a year.

The investigation began with Conservative former cabinet minister Owen Paterson, who was forced to resign after being found to have broken lobbying rules during his £110,000 a year private sector job.

After Paterson, the names kept coming.

Former transport secretary Chris Grayling has an £100,00 a year (around £270 an hour) advisory role with Hutchison Ports Europe who operate the ports in Felixstowe and Harwich.

Interestingly, both these ports were given freeport status from Rishi Sunak in March. This means normal tax and customs rules won’t be applicable to them.

A coincidence? I think not.

MPs having second jobs poses a great issue for our democracy.

They are public servants, supposed to serve their constituent’s interests.

Instead, they changed the rules without public knowledge so that they could continue these generous affairs with big companies who benefit from inside influence in parliament.

Johnson has said he will now take harsher action against this misconduct, but that was after much pressure from opposition MPs and the public.

These attempts to protect each other after unethical dealings highlights the disinterest these MPs have in the people they are supposed to represent.

How can we trust our MPs to be fighting for us if all they care about is money?

If our MPs choose the sides of big companies over ours then it is unlikely our voices will be heard. It is unlikely they will have the time to share them.

Another day in parliament, another scandal. 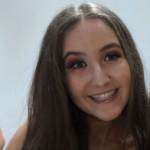