If the 1-0 defeat at Old Trafford on Monday night against Wolverhampton Wanderers wasn’t enough to convince you that this Manchester United team are utterly fragmented, then Luke Shaw’s post-match interview surely will.

“I didn’t feel like when I was on the pitch that we were all together”, Shaw told Sky Sports.

It’s been a recurring criticism of United during the current campaign.

The side look disjointed, and so far under manager Ralf Rangnick the forward line in particular have failed to gel properly – with misplaced passes and missed opportunities quickly becoming the norm.

They rarely showcase the desire, commitment or motivation necessary to challenge against the top teams in the league. Rarely do the players look capable of stringing more than five passes together in succession.

Despite another miserable showing by United, one positive was the performance of defender Phil Jones, having not started a match for the club for two years.

“He is so professional, he has trained hard and he was phenomenal. It was his first game back, he was exceptional, I am very happy for him and he deserves it”.

Given the quality in the side, the inconsistent performances have brought the commitment within the team under question.

Shaw said: “We have unbelievable quality but sometimes quality is not enough”

“We need to bring the intensity and more motivation. Inside the dressing room, we know what we want but out on the pitch we need to give 100 per cent. To win these types of games we all need to be 100 per cent committed. It is tough and disappointing”.

Ralf Rangnick’s side have to improve quickly if they have any chance of competing in the race for Champions League football this season.

After accumulating five yellow cards, both Shaw and McTominay are suspended for United’s next Premier League fixture against Aston Villa on January 15. 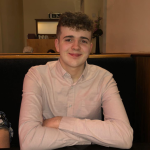 I'm Matthew Burns, a third year journalism student. I typically write about sports although I also have a big interest in music.

I'm Matthew Burns, a third year journalism student. I typically write about sports although I also have a big interest in music.