The SNP spokesperson for Foreign Affairs says that “Households across Stirling, Scotland and the wider UK are facing a perfect storm.”

This is in response to the current cost of living crisis which has seen prices rise 6.2% in the past 12 months – the fastest for 30 years.

Smith says that “regardless of the causes of the crisis, what matters is the UK government’s response. They control the macroeconomic levers and borrowing powers necessary to help struggling households with the cost of living crisis – and the UK chancellor must be bold in how to deploy them.

“Fuel, food and energy bills are skyrocketing, households are struggling to get by and planned tax hikes are looming in the horizon.”

Smith continues, saying that “the warning lights are flashing – I urge Rishi Sunak to heed the words of Money Saving Expert founder Martin Lewis ‘It’s not something money management can fix, it’s not something that for those on the lowest incomes telling them to cut their belts will work, we need political intervention.’”

The leader of the SNP in the House of Commons, Ian Blackford, also quoted Martin Lewis today at Prime Ministers Questions about the need for political intervention.

The SNP have also suggested several other policies to help deal with the cost of living crisis. They have proposed:

In Rishi Sunak’s spring statement in the House of Commons, none of these suggestions were announced, and notably, benefits were not mentioned at all.

The UK chancellor did announce that the threshold for paying National Insurance will increase by £3,000, which means people will now be able to earn £12,570 a year without paying any income tax or national insurance. This could be viewed as a partial U-turn from their previous policy of increasing it across the board, but the tax rise will still go ahead for higher earners.

Sunak also announced that the basic rate of income tax will be cut from 20% to 19% before the end of this parliament (2024). The chancellor says, “My tax plan delivers the biggest net cut to personal taxes in over a quarter of a century.”

Fuel duty will also be cut by 5p per litre until March next year to help drivers and businesses. 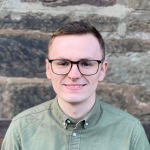 Library opening hours extended until end of July this year

Opinion: The Russian invasion of Ukraine shows why Scotland should be proud to host Trident

The West is distracted as war in Ukraine draws near