Belarusian publishers have been told to withdraw the novel 1984 from their shops and sale by 19th May 2022. I cannot help but reflect on the message Orwell conveyed in this novel. Why do books get banned even in today’s world? Should we still read these pieces despite their controversy ?

Eric Author Blair, known under the pen name George Orwell, was an English essayist, novelist and journalist. His works are predominantly known for their opposition to totalitarianism.

1984 is built upon the idea that even lies can become a reality. In the novel, we follow the story of a world created and based on totalitarian regimes, in which the “Big Brother” watches the lives and thoughts of the people. The “Big Brother” denies any attempt at individual expression. Orwell’s novel, published in 1949, explores his vision of future generations and the impact of government on their lives.

The gap between the privileged and the destitute is highlighted in this piece and the protagonist is a member of the wealthy class who works for the government. His duty is to continuously erase and modify history to conceal reality and avoid a rebellion.

This is scary to contemplate. Orwell wanted the rest of the world to realise that the government cannot have too much power.

Two years ago, the novel was republished in Belarus and instantly gained its popularity back since it was first published in this country in 1992. However, the novel introduced was not accepted well by the government.

The “Big Brother” asks for the people to completely surrender to the regime. Do these countries who are not in favour of 1984 resemble the same idea? Some important parts of the novel have become slogans when describing political situations in the world such as “Freedom is slavery” or “Big Brother is watching you”.

From the moment I started understanding English on a higher level ( I am Czech), I have been drawn to reading in English ever since, specifically anything that is deemed to be “controversial” by the public. Anything that would cause people to drop their jaw with either shock, confusion or even disgust, I had to read that. I would spend hours and hours trying to make up my own mind about all those books I have been borrowing from aóur school library. Now that I am older and am able to engage in this type of literature properly, I think I have sort of figured out the reason why I have been drawn to these topics for all these years…

I have realized that controversial books such as 1984 mentioned above or a plethora of others be it Lady Chatterley’s Lover, Lolita, Brave New World, Ulysses, or The Colour Purple, helped me to get a new perspective of the world we live in and the stories we are being told. We all know that life is not a bowl of cherries, don’t we? Is it nice to run away from all of this by picking up a book that does not explicitly discuss the complexity of our lives? Absolutely. But at the end of the day, wouldn’t it be even nicer to read about characters that also struggle and sin just as we sometimes do? And I know we all do.

Yes, it can be a tad scary at first to pick up a book which will discuss difficult topics, topics that have not yet been accepted by the society or topics that make us feel something. Topics that make us close the book for a minute and just stare at an empty wall or force us cary the story they tell inside of us for a couple more days after we finish reading it. As much of a cliché this might sound, these books make the difference in our world. 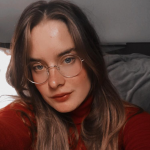 BBC to move towards being a "digital first" broadcaster