This article contains mentions of rape, incest and death

History was made last week when the Supreme Court of the United States overruled a landmark case for legalised abortion. The decision by the court removes the constitutional right to abortion, leaving the laws surrounding it to be governed by individual states, sparking immense global controversy as a result.

The case of Roe v Wade was brought to the Supreme Court in 1973, after a mother of two children fell pregnant with a third child after being raped. After being forced to give birth in Texas due to the state’s criminalisation of abortion, she argued that such abortion laws violated the constitutional right to privacy. The court held, by seven votes to two, that a women’s right to terminate her pregnancy was protected by the constitution.

Shortly after, legislation was created in order to practice safe, certified and legal abortions. This included the absolute right to termination within the first 12 weeks (the first trimester) of pregnancy, regardless of the woman’s circumstances. After this time, there was varied state regulation on gaining access to abortion. The Court noted in Roe v Wade that the “capability of meaningful life outside the mother’s womb” was 24 weeks of pregnancy. Despite this, a woman could still have her pregnancy terminated at any time if it was necessary to save her life, and certified by a medical professional.

This has all changed since the ruling of Dobbs v Jackson Women’s Health Organisation in June 2022. This case challenged Mississippi’s ban on abortion after 15 weeks. The Supreme Court held six votes to three in favour of the ban. Judge Alito concluded that “the constitution makes no reference to abortion and no such right is implicitly protected by any constitutional provision.” Six of the nine judges voting on the issue were nominated by Republican Presidents. The most recent nomination was Amy Coney-Barrett by Donald Trump in October 2020.

What does this mean for women in the US?

Since the ruling, any constitutional right to abortion-related healthcare has been revoked across the nation. Abortion laws must now be decided by each individual state. 13 states already had trigger laws in place, banning abortion at different times during pregnancy, including from the time of conception.

These laws came into effect as soon as the Attorney General certified the Supreme Court’s decision. Alabama, Louisiana and Missouri are examples of states which now ban abortion at any stage of pregnancy, with the only exception of saving the life of the mother in medical emergencies. Rape and incest are not considered exceptions.

Any violator of this law could face up to 99 years in prison and a $100,000 fine. Any medical professional found guilty of violating this law will also lose their medical license. It must be noted that most states have claimed that they will not prosecute women for trying to end their pregnancy, instead focusing on those who have aided and abetted them. 26 states are expected to place bans on abortion before the end of this year.

Regardless, this will make accessing abortion very difficult for women where it is considered illegal. According to the Guttmacher Institute, an estimated 40 million women of childbearing age will be living in a state where there is restricted access to abortion. Those who still require abortion healthcare will have no choice but to travel to a state where abortion remains legal, such as California, New York and Michigan.

This is in no way a solution. Many women simply cannot afford to travel interstate to terminate their pregnancy. The Abortion Patient Survey by the Guttmacher Institute in 2014 concluded that 49% of women seeking an abortion in the US were below the poverty level. With the cost of living on the rise, this figure will only increase. Prohibited access to legal abortion will pave the way for illegal abortions to be carried out, putting women at a far higher risk of infection, failure or death than those carried out in a certified clinic. This is a dangerous time to be a woman in the US.

Can we expect these laws to change in the future?

With the mid-term elections coming up in November, the short answer is we will have to wait and see. It depends if each state wins by a Republican (pro-life) or Democratic (pro-choice) majority. There will be a close watch on swing states including Arizona and Colorado, where either party could win the majority and enact their laws on abortion based on their beliefs. Ultimately, if women want these laws to change, they need to go and vote to make their voices heard.

What can we do to help?

Wherever you are in the world, you can make a difference to help these women. By simply sharing an informative post on social media, or donating to abortion charities like Planned Parenthood Action, you can help to create safe environments for women to receive the support they need. Most importantly, keep the conversation going. Keep sharing, supporting and learning in order to ensure that no more essential freedoms are taken away from Americans. 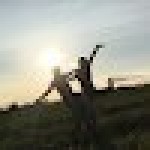