Rishi Sunak and Liz Truss have reached the final round in the Conservative leadership race, after Penny Mordaunt was eliminated.

Liz Truss secured her spot in the final round after a late surge in MP’s votes, meaning she and Sunak will go to a Conservative party membership ballot. The winner will become the next Tory leader and Prime Minister, replacing Boris Johnson.

The result of the ballot is expected on Monday, September 5.

Sunak, the former chancellor, had placed first in every round of voting so far. Truss had placed third until the final round, but managed to attract votes from Kemi Badenoch’s campaign to overtake Mordaunt.

However, recent YouGov polling suggests Sunak won’t have it easy with Conservative members, with the foreign secretary 19 points ahead.

After the result, Sunak tweeted that he was “humbled” by the support he received from MPs and that he was “ready to get our message out to the country: to restore trust, rebuild the economy and reunite our country.”

Liz Truss also tweeted, thanking everyone for their support. She added: “I’m ready to hit the ground running from day one.”

Both candidates have claimed that they can beat Keir Starmer and the Labour Party at the next general election.

What have the candidates pledged?

There is a long wait until the winner is decided. Rishi Sunak and Liz Truss will attend 12 hustings events across the country, starting on 28 July in Leeds.

From August 1, roughly 160,000 Conservative members (about 0.3% of the electorate) will cast their ballots for their preferred candidate. The voting deadline is on September 2.

There will be more televised debates too, one on the BBC on July 25, at 9pm. Sky News will also host a live debate on August 4, at 8pm.

On September 5, the result will be announced. The next day, Boris Johnson will submit his resignation to the Queen, and the winner will become Prime Minister. 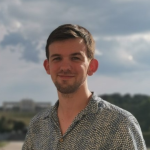