Coming to Stirling brought up a lot of feelings. As a short nerd from a small town on the boring side of Glasgow, university felt like a huge step into the unknown. Historically speaking, I am very bad at the unknown. One of the perks of being diagnosed with Generalized Anxiety Disorder when you’re ten is that you get very good at biting your nails and finding things to fidget with. It also makes any milestone feel like trying to climb Everest while dragging a car behind you. It seemed like an impossible task, with so much riding on it.

I remember books, well-meaning adults and early 2000’s rom-coms (I get bored, don’t judge me) telling me I’d make everlasting memories, meet the love of my life, and be perfectly happy. Some may find that inspiring, but it felt like an insane standard to live up to. I had no idea how I was supposed to become likeable enough to make friends, brave enough to attend a party without having a panic attack, and responsible enough to not set my flat on fire overnight. However, I met amazing people, tried a surprising number of new things, and only burned one spatula (well, technically it melted). Not bad, really.

The first piece of advice I would offer is to switch the hob off when you’re done cooking. Now that we’ve settled that, on to the good stuff.

When I started first year, I was terrified I wasn’t going to make any friends. I’d spent the better part of nineteen years hiding in corners, watching the world go by. It was safe and predictable, but lonely. Anxiety will tell you that staying in your room ignoring everyone is the safest option. It definitely convinced me. I wanted to make a change, but I’d convinced myself that coming to university would just be another four years of feeling left out. I didn’t think I was worthy of being liked.

The unknown can be terrifying because we don’t know what’s going to happen, but that’s also a reason to be excited by it. Not knowing what the future holds means that you get to decide what happens. These days, you literally have to join a queue to climb Everest. You can try new things without being judged, because you’re not alone. There’s a very good chance most of the people around you are just as nervous as you are. It also means that everyone else is also trying to make friends. So, honestly? Be yourself. Cringey, I know, but that’s not necessarily a bad thing. The only opinion that really matters is what you think of yourself. Getting up the courage to take that step can be difficult, but that’s OK. There are plenty of ways to be brave.

A good start to meeting people is to get to know the people immediately around you. This could be the people living in your building, or on your course. Getting used to a small group of new people first is a great way to build up the confidence to get out into the world. Remember, they’ll be looking to do the same thing. It’s also a great opportunity to practice navigating social situations.

As a neurodivergent person, I find myself struggling sometimes to follow conversations and pick up on social cues. Drinking tea and playing cards in a flat kitchen with one or two people felt like an entry-level social activity where I could make sure I knew what I was doing. Now, I regularly sit in the kitchen with my friend, drinking tea and talking about life. Those are some of my favourite memories. Getting to know your immediate circle also allows you to meet people they know, and learn other skills. Thanks to my first year flatmate, I can now flip a pancake without making a mess.

After small-scale activities, you can build up to bigger events. Clubs and societies are an awesome way to meet new people, try new things, and devote some real time to getting good at things you already love. The Give It A Go sessions are fun, pressure-free ways to see what’s out there before you make any firm decisions. As nervous as I was, I have met so many great people through the clubs I’m part of and look forward to doing it all again.

Most importantly, don’t put yourself under too much pressure. This is your university experience, not anybody else’s. Don’t hold yourself to other people’s standards, you don’t have to spend every night in Fubar if you don’t want to (although if you do, please drink water and have a way home planned). You were strong enough to come here, and you’re strong enough to do well. 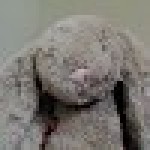 Top tips for tackling an assignment