Following on from a glamorous draw in Frankfurt last week, the Scotland Men’s National Team were drawn into Group A of qualification for the 2024 European Championships, alongside Spain, Norway, Georgia and Cyprus.

Having topped their Nations League group in fantastic fashion last month, Steve Clark’s men entered the draw with the advantage of being a second seed, as they look to qualify for back-to-back European Championship finals, for the first time since the 90’s.

Once all the sides have played one another both home and away, the top two will gain automatic qualification to Championship finals in 2024. However, due to their Nations League performances, Scotland will be assured a play-off berth, even if they fail to finish in the top two of the group.

Ultimately, Scotland were drawn into one of the toughest groups in qualification and we’ve decided to take a deep dive into each side that they’ll face in Group A.

Whilst it’s safe to say the Spanish National Team are yet to return to their lofty heights from ten years ago, Luis Enrique has at least returned a degree of swagger in recent years.

Sid Lowe of ESPN described Enrique’s side as ‘a team that wants the ball, wants to attack, with players he wants to play, not look backwards, one that is bringing through footballers who are young and making others look it.’

In recent years, La Roja reached the semi-finals of Euro 2020, succumbing only to eventual winners Italy on penalties. They also recently followed that up by impressively topping their Nations League group this September.

The two nations haven’t met since Euro 2012 qualifying, where Spain ran out 2-3 and 3-1 winners in the two meetings respectively. However, the likes of Andreas Iniesta and Xavi have now moved on and despite being the group’s strongest side, Luis Enrique’s team will be weary of Scotland’s threat ahead of next March’s clash under the Hampden lights.

Erling Braut Haaland. What more must we say?

When evaluating the third seeded teams, Norway certainly stood out as the strongest side in the eyes of most pundits, and Scotland were the unfortunate nation to be grouped with the Norwegians. Ranked 42nd in the world, Norway is an up-and-coming nation on the international footballing scene, with leading marksman Erling Haaland creating the big headlines.

However, the dominating number nine isn’t their only threat, with Arsenal captain Martin Ødegaard providing a creative spark from midfield, and former Celtic defender Kristoffer Ajer leading from the back. But with 20 goals in his first 14 Man City appearances, the irresistible goalscoring ability of Erling Haaland provides Norway with a true killer streak.

So, Ryan Porteous? Scott McKenna? Jack Hendy? Who fancies the unenvious task of marking the world’s most deadly striker?

Why does it always seem to be Georgia?

In 2008, Scotland miraculously defeated France both home and away in a tough group alongside Italy, however infamously failed to qualify after an embarrassing 1-0 loss in Georgia, given the respective quality of the two sides. Once again in 2016, history repeated itself once more, when Scotland shockingly lost 1-0 in Georgia, when victory would’ve secured a play-off berth for Gordon Strachan’s side.

Nowadays, the Georgian player to look out for is certainly Khvicha Kvaratskhelia, but don’t let his tongue twister of name distract you from the mercurial talents of the Napoli winger. The 21-year-old – dubbed the ‘Georgian Maradona’ – caught headlines after wreaking havoc against Trent Alexander-Arnold in the Champions League in a recent thumping of Liverpool. He quickly followed this up with a goal and assist in his sides 1-6 thrashing of Ajax in Amsterdam, to top a fantastic start to his career in Naples.

When discussing the Napoli winger, Georgian football writer Luka Lagvilava recently told BBC Sport that “for the locals here, he’s been the main talking-point regarding the future of our team the past two and a half years. When it comes to his so called ‘legacy’ he has all the tools and the environment to become the greatest Georgian player to ever play the game.”

So, can Scotland overcome their bogey side this time around? When looking at the other sides in the group, any dropped points to Georgia could once again prove lethal. But if Steve Clark’s defence can slow down the young talisman Kvaratskhelia, then they’ll stand a fantastic chance of picking up all six points this time round.

A rather unknown quantity in the group, Cyprus will enter qualification with little to no hope of reaching the finals in Germany. Cyprus are far from being the worst team in European football, after recording back-to-back draws with Northern Ireland in the Nations League in June, whilst also beating local rivals Greece in September.

Being managed by former Newcastle favourite Temuri Ketsbaia, Cyprus will set themselves up to be tough to beat, with an experienced core led by former Vitesse defender Guram Kashia. Scottish interest can be found in the midfield, where former Hibernian and current St. Mirren anchor-man Alex Gogic has been operating in recent squads.

Scotland have recorded seven wins from seven in their meetings with Cyrprus, so if that’s anything to go off, then the travelling Tartan Army can look ahead to what should be a comfortable victory for their side… and a lovely Cypriot holiday to suit!

So can Scotland make it to Germany?

With the incentive of qualifying for back-to-back European Championship for just the second time, Steve Clark’s men will be keen to silence critics after their failure reach to the Qatar World Cup.

Following on from a fantastic Nations League effort, Andy Robertson, Kieran Tierney, John McGinn and co. have provided Scotland supporters with reason to be optimistic ahead of this campaign, despite the strength of the opposition lying in wait.

But anything can happen when we hear the noise of the Tartan Army Boys around Hampden, and of course, the local bars of Stirling! 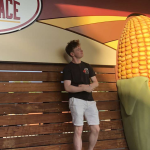