The University of Stirling has put three David Shrigley paintings on display in the Pathfoot building.

Shrigley is an appraised British multimedia artist, exhibiting his work all over the world as well as online to his one million followers on Instagram.

The three paintings feature colourful portrayals of a distress flare exploding over the sea, literal heads in the clouds, and a stopwatch – all in Shrigley’s signature style.

According to Fiona Clasen, the Research and Documentation Officer for the University, “Shrigley’s quick-witted drawings and hand-rendered texts are typically deadpan in their humour and reveal chance utterings like snippets of over-heard conversations.”

Shrigley’s appeal lies in the child-like way of looking at the world, sometimes completely nonsensical, other times silly and playful, and occasionally serious, lightly tapping into themes like politics or the climate crisis.

“While drawing is at the centre of his practice, Shrigley also works across an extensive range of media including sculpture, large-scale installation, animation, painting, photography and music,” according to Clasen.

Clasen said the current focus of the Art Collection is on “artists with a Scottish link – whether they were born here, studied here, live here, or are inspired by the country”.

Based in Brighton at the moment, Shrigley spent 27 years in Glasgow, where he also studied until he moved in 2015.

Shrigley’s paintings are displayed in Gallery One in the Pathfoot Building, just opposite the entrance to Corridor B.

The University bought the paintings earlier this year, adding them to its collection, which has expanded every year since its founding in 1967.

As they are part of the permanent collection, they will remain there for some time before they are rotated for another artwork, “but they will certainly be exhibited again in the future”, said Clasen. 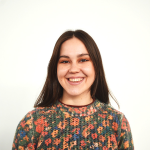