Toast making, the washing of dishes and even Abba are just some of the many valued things to have been revolutionized in recent years. While far less culturally appealing than a virtual edition of the celebrated 1970s pop-band, I decided that Ember’s electric bus service would be worth trying.

Entering service in October 2020 with just two coaches, Ember have since expanded from their initial Dundee-Edinburgh route to serve Scotland’s second city, with a choice of 10 services per day operating in each direction.

With the rise of electric cars in the past decade, along with First’s commitment to bring 126 fully electric buses to Glasgow by spring 2023, the idea of long distance zero-emission travel has appeared a privilege exclusive to railway users, however the success of Ember’s ever-expanding offering seeks to put that idea to rest.

Ease of use seems to be at the heart of Ember’s goals and the option to bring a bike on board exemplifies this principle.

Unlike conventional bus operators, Ember’s services to Edinburgh and Glasgow function based upon a “request-stop” system, whereby services will only call at many minor stops through the course of the journey if prompted by an online reservation on the Ember website.

While ensuring minimal disruption, this has the obvious implication of making spontaneous trips, from Stirling at least, rather troublesome. Furthermore, for University of Stirling students, Castleview park and ride (the only Stirling stop currently to be served by Ember) is an hour’s walk away. The P2 bus service provides one alternative route to Castleview, however the location of Ember’s Stirling pick-up point regardless remains a cumbersome alternative to Scotrail, no matter its recent unreliability.

Unhampered by the Monday duathlon required to reach the bus stop, Ember’s service presented itself as user-friendly and welcoming from the moment of its prompt arrival onto the shore of the M9. It was only on boarding the 12.36 service that the benefits of taking on Raploch’s mile long (though seemingly infinite) high street was realized; straight onto the M9, having scanned my Young Scot Card just as you would on a conventional bus service.

The majestic stead sailed into Buchanan station just shy of ten past one. At 35 minutes, that would challenge Scotrail’s very own intercity service to a race, at the very least until the last lap. If ambitions of setting up new north-bound routes are achieved, Ember could see themselves become an extremely viable train alternative for students wishing to return home; that however depends on whether new Highland services serve Stirling’s park and ride base. This has yet to be confirmed.

At first deeply sceptical of the ability of an electric coach to provide hassle-free transport to Glasgow, I found Ember’s service a refreshing surprise, with clean interiors, comfortable seating and a customer-friendly online interface.

It is a disappointment that Ember’s appeal to Stirling students may be imperilled by its peripheral location, although that could very well be food for thought for local decision makers in the future. 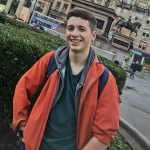 The Talk: Why I’m scared to visit America

The foundations and frontrunners of alternative music