In his resignation letter, Williamson accepted fault for the threatening texts sent to ex-Chief Whip Wendy Morton regarding invitations to the funeral of Queen Elizabeth II.

These messages, published in the Sunday Times, included warnings to “not push him about” and a reminder that “there is a price for everything.”

Wendy Morton initially reported this to the Conservative Party on October 24, before elevating it to the Parliamentary Independent Complaints and Grievance Scheme on November 8.

Former Party Chairman Jake Berry insists that he made Prime Minister Rishi Sunak aware of the complaint on October 24, a day before Williamson was appointed to cabinet.

On Monday, The Guardian published further allegations against Williamson by an MoD official. This senior civil servant alleged that the former Defence Secretary urged them to “slit your throat” in front of several other officials, as well as urging them to “jump out of the window.”

Despite referring the matter to the MoD’s HR department, no official complaint was filed at the time.

This senior civil servant has since referred the matter to the Parliamentary Grievance Scheme.

Williamson denies this incident but recognises that it, among other emerging accusations, is a “distraction for the good work the government is doing.”

PM Sunak has since expressed regret for the re-appointment of Williamson to cabinet, though insists he didn’t know about specific concerns regarding his behaviour.

Williamson has been down this road before

This resignation marks the third time that Williamson has shifted from the front bench to the backbenches.

His two-year tenure as Defence Secretary came to a painful end in 2019, after national security leaks regarding Huawei and the UK’s 5G network caused Prime Minister Theresa May to lose confidence in him.

Prime Minister Boris Johnson then appointed Williamson as Education Secretary in July 2019. Due to COVID exam complications, Williamson was sacked during a cabinet reshuffle in September 2021 and returned to the backbenches. 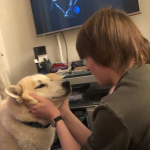 Journalism and Politics student from Stockport.

Journalism and Politics student from Stockport.