On November 30, the beautifully gifted musician Christine McVie sadly passed away after a short illness.

McVie is most well remembered for her work with Fleetwood Mac.

The band was formed in London in 1967, by Peter Green, Mick Fleetwood, and Jeremy Spencer before bassist John McVie joined.

Christine Perfect, a keyboardist, later married McVie and joined the band in 1970.

After various incarnations of the band, Fleetwood was introduced to the American duo Lindsey Buckingham and Stevie Nicks on a trip to Los Angeles. Not long after, the duo joined the band. This formed the most iconic lineup of Fleetwood Mac – Mick Fleetwood, the McVies, Nicks, and Buckingham.

The history of the band can be tumultuous and complex, but throughout all personal conflicts and turmoils, there remained a foundational friendship between Stevie Nicks & Christine McVie.

McVie, for years, was the only woman to ever be in the band until Stevie Nicks joined. The two quickly become best friends.

In an interview with Rolling Stone, McVie said (on the topic of Nicks): “I instantly liked her. She and I are not competitive in any way at all. We’re totally different but totally sympathetic with each other. We are dear, dear friends.”

Before McVie rejoined the Mac in 2014, Nicks dedicated her song ‘Landslide’ to McVie, referring to her as her “mentor. Big sister. Best friend.”

There may never be a friendship in music again quite like the sisterly love between Nicks and McVie.

“A few hours ago I was told that my best friend in the whole world since the first day of 1975, had passed away. I didn’t even know she was ill… until late Saturday night.”

“This is a day where my dear sweet Friend Christine McVie has taken to flight and left us earthbound folks to listen with bated breath to the sounds of that ‘song bird’, reminding one and all that love is all around us to reach for and touch in this precious life that is gifted to us.”

McVie contributed many hit songs to Fleetwood Mac; including the sensational ‘You Make Loving Fun’, ‘Songbird’, ‘Don’t Stop’, ‘Everywhere’, ‘Oh Daddy’, and ‘Say You Love Me’.

Her legacy and gift to the world will never fade.

Soar high, songbird. Wherever you may land. 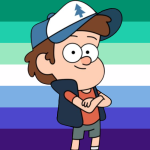 Emily - a fantastical confection in an imagined past