Labour leader Kier Starmer, who has been accused by many of being too right-wing for the Labour Party, especially in comparison to his predecessor, is now clinging to a more radical idea to gather up leftist voters support.

Whilst recently Kier Starmer has come across as the mirror image of the Prime Minister, he has recently claimed that if he is elected as Prime Minister, he will abolish the House of Lords during his first term. It seems naive to believe anything said by the man who claimed that he’d unite the Labour Party with trade unions, and later punished his own MPs for appearing on picket lines, but it has raised an issue that needs to be discussed.

The UK is currently governed by two chambers in Parliament, and whilst both are mostly filled with wealthy, often white men, only one of these is democratically elected. The other, the House of Lords, is made up of people who a Prime Minister selects, are kept in the job for life, and can receive up to £323 per day, simply for showing up. Here’s why it’s time to give Lords the boot.

It is important to understand that the House of Lords doesn’t fulfil the role it is supposed to. Many view the House of Lords as a means of holding the House of Commons to account, by blocking bills forced through Parliament that may be unreasonable. Basically, it is argued that they act as “checks and balances” when a government has too much control. Aye right.

Let’s look at the Police and Crime Bill, which would allow the police to crack down on protests that were ‘too noisy’, effectively stripping everyone in England of the right to protest. The bill, when proposed, sparked even more protests, and even a few old-school riots. The House of Lords knocked back the bill 14 times, and whilst they managed to make some positive changes to it, the bill is now law anyway. Not only that, but peers in the House of Lords attempted to vote down aspects of the bill, but MPs simply voted them back in. As a result, police can now create a protesting buffer zone around Parliament, and impose restrictions on public assemblies, along with noise-based restrictions on protest. As well as this, the Gypsy and traveller way of life has been criminalised, although the House of Lords never voted this down, which tells us enough about their concerns for this community.

On top of the House’s useless attempt to prevent turning the UK, specifically England and Wales, into “a police state” as activists would call it, an attempt to pay attention to Westminster would tell you what I’m trying to tell you, in a much more effective way. We are living under a government that needs these “checks and balances”, more than any government I’ve been alive to see. The same party has held power for the last twelve years, and its recent governments have defied international law, refused to provide free school meals to kids in poverty at Christmas, and is currently hyper-focused on the prospect of deporting people crossing the English Channel to Rwanda. If anyone needs a morality check, or to be held to account, it is the governments that the past 12 years has provided.

If the House of Lords was capable of stopping the atrocious actions of the UK government, whether it is criminalising protesters, or sending asylum seekers to Rwanda and making them “not our problem”, then they would. But they haven’t. And so, will Kier Starmer get elected? Probably. Will he abolish the House of Lords? I wouldn’t count on it, he’s not exactly a consistent leftist. Would it make a difference to law-making? Not really. Abolish the House of Lords, and let’s stop pretending that these people serve us. 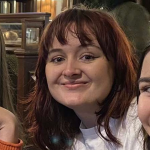