Originally released under London Records and recorded at Doghouse studios, Evergreen was the reunion of Echo and the Bunnymen and was the first return of the original band to a recording studio in 10 years. Evergreen was an immediate hit upon release with it reaching number eight on the UK top 10 album chart and staying on the chart for seven weeks.

The band’s hiatus came after lead singer Ian McCulloch left the band in 1987 and was replaced by Noel Burke, and after the band’s original drummer Pete de Freitas was killed in motorcycle accident in 1989. They decided to reform with the three living members in 1997 with McCulloch back on vocals once again, Will Sergeant on guitar, and Les Pattinson on bass guitar, joined by new drummer Damon Reece.

Evergreen was met with critical acclaim, with Rolling Stone Magazine calling it a “stunning comeback”. The album was a new lease of life for the band with the string accompaniment from the Royal Metropolitan Orchestra elevating the usual Bunnymen sound.

The album was released in the height of Cool Britannia, the same year as The Verve’s Urban Hymns and In It For the Money by Supergrass, showing that Echo and the Bunnymen not only inspired, but fully encapsulated the Britpop sound in their work. The band even recorded Evergreen in the studio next to Oasis which resulted in Liam Gallagher providing backing vocals for the track “Nothing Lasts Forever”. McCulloch said, “We just hit it off right away, and after a few beers he ended up singing on the record.”

The special edition of Evergreen will be the first time the album has been available to buy on vinyl after the original release was only available on CD, and is the first of Echo and the Bunnymen’s albums to be reissued. 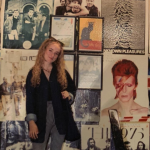