Every year before the New Year comes, most people will decide on a goal (or goals) to set for the coming year. The sentiment of starting as you mean to go on seems to make sense. New year – new habits. New year – new you. And all that.

But very few people actually follow through with their New Year’s resolutions. There are many reasons for this, all of which will be discussed in this article.

First, running through statistics, then the biology and psychology of it all, and even going through the spirituality of why New Year’s resolutions fail.

Finally, I will suggest what you should do instead, which will result in the success of your goals without labelling it and feeling bad about your failure.

On average, only 9 to 12 per cent of people successfully stick to their New Year’s resolutions.

This was even when there was found to be 52 per cent of people that were fully confident in their ability to complete the resolution.

Additionally, about one in 10 people said they made too many resolutions.

One problem is that we set big goals with little or no planning. Stagnated success can be discouraging. It is essential to think about why you are setting that goal. Get to the root of the issue and instead of making that your goal, make smaller, little goals.

The general problem is the quick win versus the long run – everyone is going to want the quick win. That is why we inevitably abandon our New Year’s resolutions.

Our resolutions tend to be large and undefined. Perhaps we think that leaving them vague will allow us to be flexible and be able to overcome challenges easier. But it is quite the opposite. Instead of being flexible and taking challenges, you would feel more inclined to slowly slack at working on your resolution because it was so undefined.

Instead, when you are making goals, use SMART goals. Which stands for:

This will help to make your goals defined with clear parameters which will allow you to focus your energy on your goal. This techniques is used by managers in the workplace.

The undefined parameters are not the only thing that may mess up your goal. Additionally, your mind-set, thoughts and languages can drive the success or failure of a goal.

First is the internal battle between what you want to do and what you feel you need to do. The more you frame your goal as a burden or a chore the more you are training your mindset to perceive it in that way.

Similarly, the language you use talking about your goals will alter the way you view your goals. For example, saying you should do it may lead to guilt for not completing and implies you may not necessarily want to do it.

One main issue is self control – this could be lack of reinforcing the ability to have self control (i.e practising) and/or addictive, overindulging personality.

Additionally, it could be because of a not fully developed prefrontal cortex (which is not fully developed in anyone under the age of 25). This area of the brain is associated with planning cognitive behaviour, personality expression, decision making and social behaviour – all of which is involved in the process.

Moreover, the pathway for decision making for willpower during the task could run through the amygdala (the brain area associated with emotional thinking and motivation). So instead of running on logic and decision-making (prefrontal cortex), the emotional side may be to fault.

It is not just the decision making of doing the task or not – the task itself could be harder to do because of the amount of times it has been done. The more you complete a task, the more it has reinforced the neural pathways in the brain.

Think of it like desire paths. A desire path is a path that is made when the established path does not go the way most people want to go. This could be a short cut or to a place that is not pathed. Either way through time and all the people walking the grass, the path becomes evident as the grass doesn’t grow there from damage of being walked on all the time.

The brain is the landscape and the path laid out that is easiest to walk is the activity your more used to – i.e. not working towards the goal or relaxing. One the other hand your task for your goal is an overgrown path you struggle to walk through at first. But the more you walk through it you will make it easy to do.

Similarly, if you find yourself repeating patterns – i.e. falling at the same part of the task or time frame – you could be reinforcing this neural pathway in the brain and so making it easier to give up next time.

Our brains are built for survival and the brain will do everything in its power to avoid discomfort. So, when goals are too big (or so it seems), you may feel discouraged and the brain decides to tell you to play it safe.

Additionally, when making goals, we focus on reward and the feeling we get from the reward hormone dopamine. When we talk about our goal, dopamine is released, and the body feels as if it is already been achieved.

Dopamine is released in small amounts and is metabolised quickly, so long-term goals are harder to get the dopamine response from, and that is why long-term goals should be split into small, more achievable short-term goals.

If you are interested in dopamine and happy hormones you can read my article overview here.

The concept of New Year’s resolutions was never actually made for consistency and success. The timing is all off.

Ancient cultures started the celebration of the new year thousands of years ago. However, they celebrated the new year during Spring Equinox.

Spring Equinox is the representation of new life, beginnings and light. This is the time for growth and new beginnings.

Ancient Romans adopted the idea of celebrating the new year. However, in 46 BC, they adopted the Julian Calendar, making January the first month of the year.

This means that instead of celebrating during the spring when naturally everything starts to blossom and grow – the new year would be celebrated in the darkness of winter.

In the 19th century, the idea of a New Year’s resolution comes about, and people used the resolution as an excuse to indulge because they would redeem themselves in the new year.

However, as spoken about earlier in the article – most resolutions fail. Spiritually speaking, this is because we are going against the natural flow of things.

What to do instead

So, I propose that instead of forcing yourself to work for something, you will inevitably fail. Instead, use the biological, psychological and spiritual information I have discussed in this writing to come up with the most efficient way to work on yourself this new year.

Let’s summarise all we have gone through:

So, a large New Year’s resolution is out the window. It just is not the easiest way to do it and will leave you with guilt and disappointment.

To be in tune with the natural way of doing it, you should reflect on your behaviours at decide on small things you can change. And when I say small, I mean very small. Take the smallest steps towards your goal.

As we are creatures of habit, it is important to make these small changes consistent and regular. Too big a goal will result in the discomfort our brains hate so much. The small steps will result in dopamine hits, which will motivate you to keep going.

Moreover, it is vital you watch how you speak of these goals. The power of language is often underestimated, but it can result in you feeling discouraged. 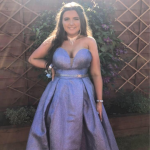