Brig’s Stuart Graham talked to The Step when they came to Stirling as part of the Coffee House Sessions tour, read the interview below! 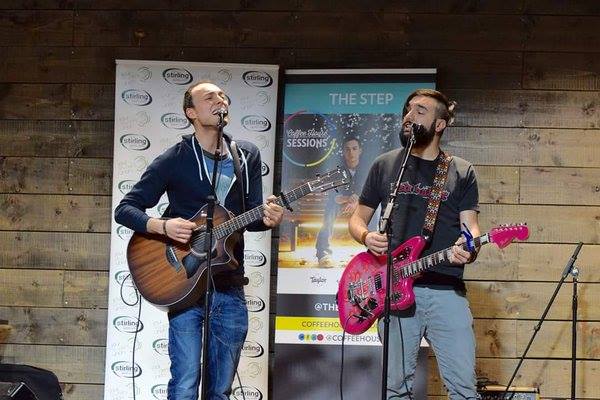 “We have something in the pipeline like some gigs. We a very nice gig at the end of March which is a mash-up with another band we know. We are doing a gig at the Hard Rock Cafe and we have a single we’d like to release in the summer.”

So how has the Coffee House Tour been for you guys so far?

“It has been quite a challenge. Of course it’s great to play at different places, meet different people and try different things with songs. We find it very interesting.”

Do you guys have any preshow superstitions or routines before a show?

“I have to test my voice so I do like exercises but nothing too particular or superstitious.”

At what point in your lives did you know you wanted to be musicians?

A(1) – “From the beginning, I never found anything I was more interested in than making music in my live. Nothing.”

A(2) – “For me it was completely different. I used to work on the railways in Italy and then suddenly it stuck me that music was still with me. I decided after writing some songs and performing that it was the best thing I could do.”

Who would you say are your biggest influences in music?

“Looking back at proper background from the past there are The Beatles, The Rolling Stones, there are amazing Italian artists not so known in Britain but the songwriting is so powerful. When we try play and write songs, the influences just come through naturally in our music. Also artist like Arctic Monkeys, Jack White and Bastille.”

Do you have a favourite crowd or venue from the Coffee House Tour?

“We loved the last gig we did in London. It wasn’t particularly crowded but the audience were very warm and we loved that because it was unexpected. We also enjoyed here, of course and actually we loved every crowd we played to.”

The Coffee House Sessions tour comes to Stirling every Friday at 1pm in Venue. Tomorrow, the act playing is Hester and Holly Rose!