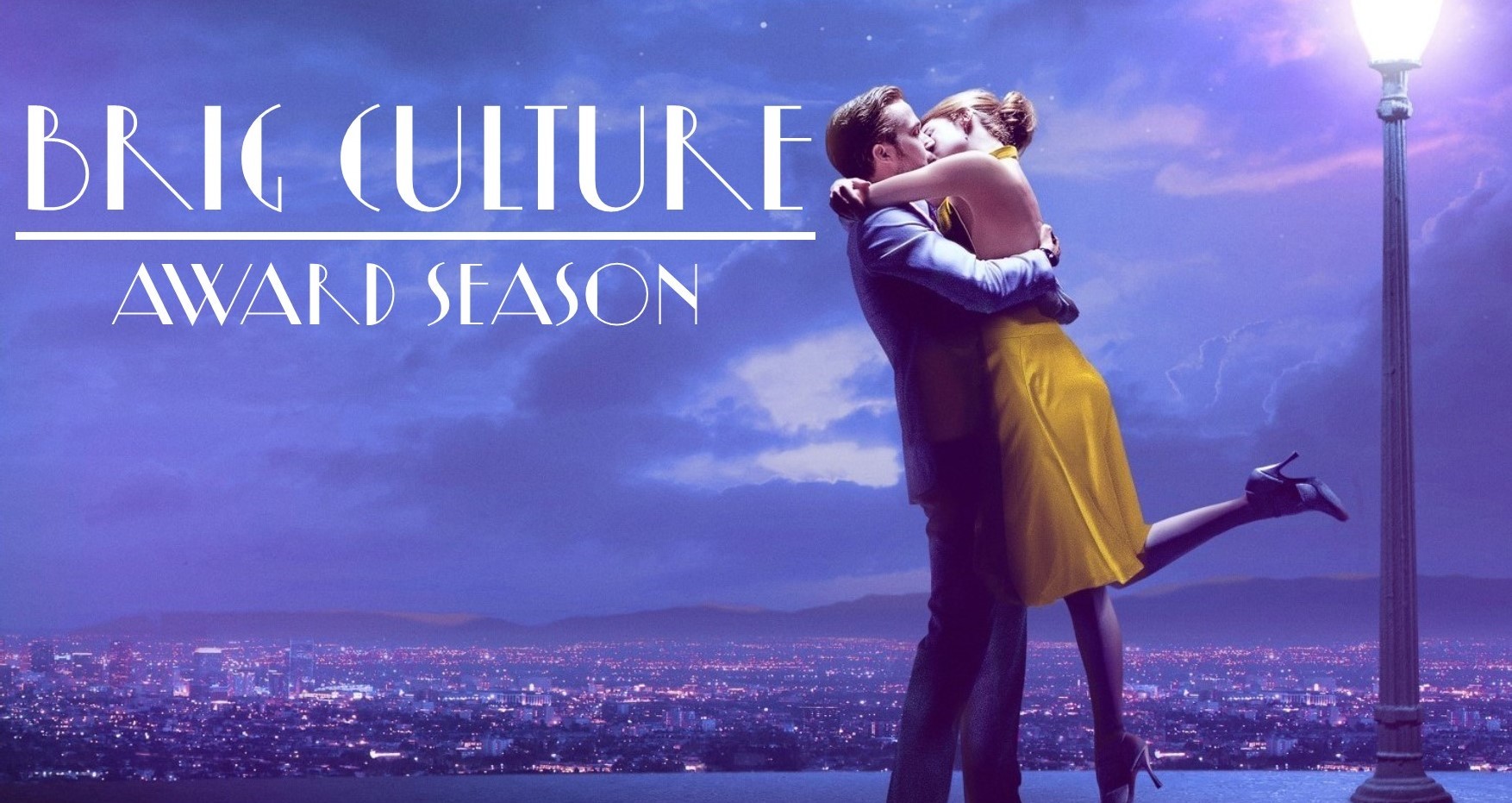 Musicals that simply aim to create spectacle and instil joy in the audience seem to be becoming more and more rare on today’s cinema screen.

Instead being replaced with heart breaking “based on true story” films with about as much colour as my pasty skin on the morning of a hangover (so not very much if that wasn’t clear).

La La Land is a move in the nostalgic direction I believe Hollywood should be aiming for.

Just to clarify when I say nostalgic direction I do not mean rebooting some old 80s classics or live-actioning a Disney cartoon in order to get the mass audience’s nostalgia boners going so forking over millions at the box office.

I mean the nostalgic direction of showing the true beauty of what cinema can be. The notion of believing in a dream against all odds, the composing of every shot to look like a painting, the action of bursting into song in the middle of a street simply because the location demands some greater recognition that some awkward stiff romantic dialogue.

La La Land reminded me that movie making now a days is far too concentrated in capturing the realistic, doing its upmost to give a believable representation of the world.

I find myself asking why?

Why can’t there be choreographed dance number on a LA highway slip road? Why can’t there be a zero-gravity waltz montage in an observatory and why can’t a man tap dance on a bench upon a hill that overlooks a vast city at sunset?

Cinema functions so heavily on its ability to let people escape their own lives for a few hours, so why are so many films not making this time as magical and joyous as possible.

With the doom and gloom of the scare mongering world we currently reside within, La La Land is exactly what the word needed, cinematic magic.

Now I know some of you will already be articulating an argument in your head along the lines of “But these more realistic films depict struggle and hardship in a way that they hold the potential to provoke change in the world”.

But this film doesn’t fail to meet these criteria, it just does so in a way that’s not so on the nose as last years Best Picture Oscar winner ‘Spotlight’ (in no way am I condemning this as a bad film, I am simply pointing out its lack of creativity).

Both Emma Stone’s Mia and Ryan Gosling’s Seb go through arguably one of the most relatable struggles to all of us, facing the choice to give up on their dream and settle for “realistic goals”.

Stone’s acting performance in particular is outstanding. The actress manages to expertly depict the struggle of facing daily rejection yet still plastering on a smile and loving the life she leads.

Even at the point when Mia loses all hope in both the man she loves and her dream, Stone makes us care and hope for the happy ending by now we believe Mia deserves. Between her laughter and her tears we see the complexity of emotion Stone is capable of with what could be argued as a rather clichéd role, the aspiring yet failing actress.

Chazelle’s writing and Stone’s performance make for a new refreshing take on the down and out dreamer which weaves songs, dance and a challenging relationship with a stubborn jazz musician into the mix.

Gosling for me was underwhelming, playing a grouchy musician again isn’t avoiding Hollywood cliché and required a fresh take that simply wasn’t there.

We occasionally get moments of complex emotion, as seen in the mask of a smile he wears when Mia first watches him perform with The Messangers for the first time, yet too much of his performance is the grouch or the smile.

Personally the casting of Stone and Gosling wasn’t quite right, not because of their acting abilities but for their vocal abilities.

In a musical I don’t just want to be blown away by just the choreography and song writing but also by the ability for the leads to belt out said songs with ease.

Too often watching Stone and Gosling I found myself questioning whether the numbers would be improved with a Broadway star cast in their place who would blow the audience away with their grasp of how to properly deal with such demanding songs for the roles; often reaching the conclusion that yes, this would make for an improvement.

Having said this Stone’s performance of the ballad, The Fools Who Dream, in the pivotal audition scene is incredible, with her voice impressively carrying the emotion and power of what seems the film’s most demanding song.

If the talent she brought to this song was transplanted to the rest of the musical numbers I would have been a lot happier with Stone’s casting.

Returning to my original message, both the film’s narrative and its very existence as a film hold one strong message, this being follow your dreams.

Chazelle, in his acceptance speeches for Best Screenplay and Best Director at the Golden Globes, dedicated most of his words to thanking his cast, crew and loved ones for helping him follow his dream and standing behind him in the film’s six year production process despite how crazy and unrealistic the dream appeared.

Later in the same night, Fred Berger stated that six years prior “the idea of making an original LA set musical was an utter fantasy, so to be standing [having received the Best Picture award] is more surreal than [he] could possibly describe”.

So if this film achieves only one thing in changing the world it will hopefully be making people believe in dreaming again.

Showing them that no matter how crazy a dream seems there are people who have dreamed bigger, dreamed grander and dreamed crazier and have had their dreams come true.

As one scene in the film depicts, the stars aren’t even the limit when it comes to dreaming big.

Yet this message, no matter how uplifting, is not what you will remember in a couple of hours, weeks or months after walking out of La La Land.

What you will remember is the spectacle.

And it is this spectacle that will have you recalling the film so very fondly.

There is not 5 minutes in the film that the composition of the visuals, the sound and the shear musicality (both dancing and song writing) didn’t take my breath away.

The opening number, Another Day of Sun, is the perfect example of the kind of how a musical film should open, with a foot-tap inducing frenzy of bodies, music and colour. The scene sees a chorus of voices and a mob of dancers work as one to create a sensory delight that will stick in your head indefinitely.

Beyond this, every single scene  is framed like a painting and is quite delightful to watch but the one scene that stands out is that which is set to A Lovely Night which sees Mia and Seb flirtatiously sing and dance against the back group of a LA sunset upon the Hollywood hills.

The scene is a highlight for me in the film as it is perfectly shot, wonderfully acted and the dancing is admittedly impressive from the two performers.

Another feature that stuck out as refreshing for me was the locating of the film outside of time. By that I mean the film is not set in 2017, nor is it set in the 1930 golden age in LA from which the film takes a lot of its inspiration.

It is almost as if the film exist within a parallel universe in which technology developed yet society did not. Mia drives a Prius and possessed a cell phone yet never references her life’s similarity to a carpool karaoke or takes a selfie. The attitudes of the film are solely rooted in loving art, living in the moment and randomly dancing cause why the fuck not – as opposed to today’s society social media centred focus.

To watch a film set in this time-less space was not only refreshing but inspiring, showing viewers the joy you can get from life if you forget you have a phone and simply dance in sync down the street with ya gals on the way to a night out.

Throughout the use of camera movement, colour and soundtrack to keep the audience invested when the narrative is at times overly simple, being almost the same plot as Rock of Ages with the musical style being switched from rock to jazz.

The film’s colour palette is a refreshing reminder that Hollywood can make something visually stunning without needing CGI, million pound explosions or overly grand set pieces to do so.

Despite a story many viewers will have seen hundreds of times by now, Chazelle’s take on it and the momentous energy injected into the film by the huge cast make it something simply uplifting and fun to watch and leaves you waltzing out of the cinema with your foot programmed to be tapping away to a jazz beat stamped to your brain for the next week.

Although I do have qualms with the formulaic overarching narrative of the film, I was impressed by the epilogue sequence that functioned as a “what if” timeline that dances us through an alternative to the narrative we were given with events we had seen being altered around this specific “what if” – vagueness as an attempt to avoid spoilers.

This idea of two outcomes from a single point in the film is rare to see in a film so impressed me greatly and did well to carry the running theme of the possibilities of dreams when we first look at them.

If someone asked me to summarise my thoughts on La La Land in one sentence I would simply say “Complete ‘style over substance’ syndrome but oh boy is the style worth it!”