The University of Stirling has announced it will be investing £1.1 million in new transportation methods to and from university as the wintery conditions continue in Scotland.

The scheme will involve the investment in ski hire, snow buggies for gardening staff, 4x4s and snowmobiles. Staff can hire these from the university, who will be converting the old Allangrange building – currently used as a strength and conditioning centre for athletes – to a new hut for winter equipment.

Vice Chancellor Gerry McCormac announced the scheme on Friday, and said: “The amount of time lost to snow this year, and further snow sweeping the country this week, means we have to look long-term at our investment strategy for dealing with snow.

“As the climate continues to change, we feel investing the £1.1 million into our Snow Prevention Scheme is a worthwhile cause.”

It is believed the UK economy lost £1 billion a day due to the snow, and the days lost to snow equated to around 32 hours of potential teaching lost at Stirling.

However, the actions caused outrage from some members of staff, who asked why just a couple of days of snow closures encouraged £1.1 million of investment, whereas 14 days of striking by UCU member staff did not receive an immediate response from the vice chancellor.

One lecturer said: “It is disgraceful that, although snow causes havoc, McCormac believes it is worth spending £1.1 million on a snow scheme when lecturers are having their pensions cut.

“We stood outside striking in the snow, and that didn’t result in anything then. Why now?”

The scheme has also raised concerns in particular faculties, namely the Environmental Science department, who said the purchasing of 4x4s and snowmobiles for hire would be a backwards step. 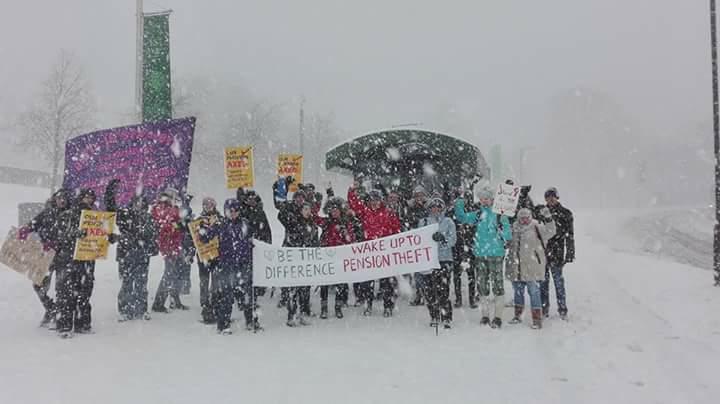 Professor Wilbefor Strauzky said: “The university has a beautiful campus, and seeing more diesel powered cars is incredibly upsetting for such a beautiful area.”

When asked what they would do to combat the decision, Strauzky said the Environmental Science department had applied to the Vice Chancellor’s fund to purchase a group of huskies so the department can hire god sleds.

“It is a much healthier way of getting around. Some might see it as archaic, but it is all we have left right now.”

The Stirling Students’ Union said the move was surprising, but could “certainly see the logic in the decision”.

When asked what would happen to the facilities currently in Allangrange, the university said the new Gannochy Sports Centre would cater for those services being lost in the old building.

Doyle: “It’s nice to come in a bit under the radar this time!”