The Stirling University Muay Thai Club are preparing for one of the most anticipated events of the year; the Glasgow University inter-club fight night. Taking place on Friday 22nd February, it will be held in Glasgow University’s debating chamber. Equipped with tiered seating, a licensed bar and a DJ, the event always has an atmosphere like no other university Muay Thai experience, but the main attraction will be what happens inside the ring. 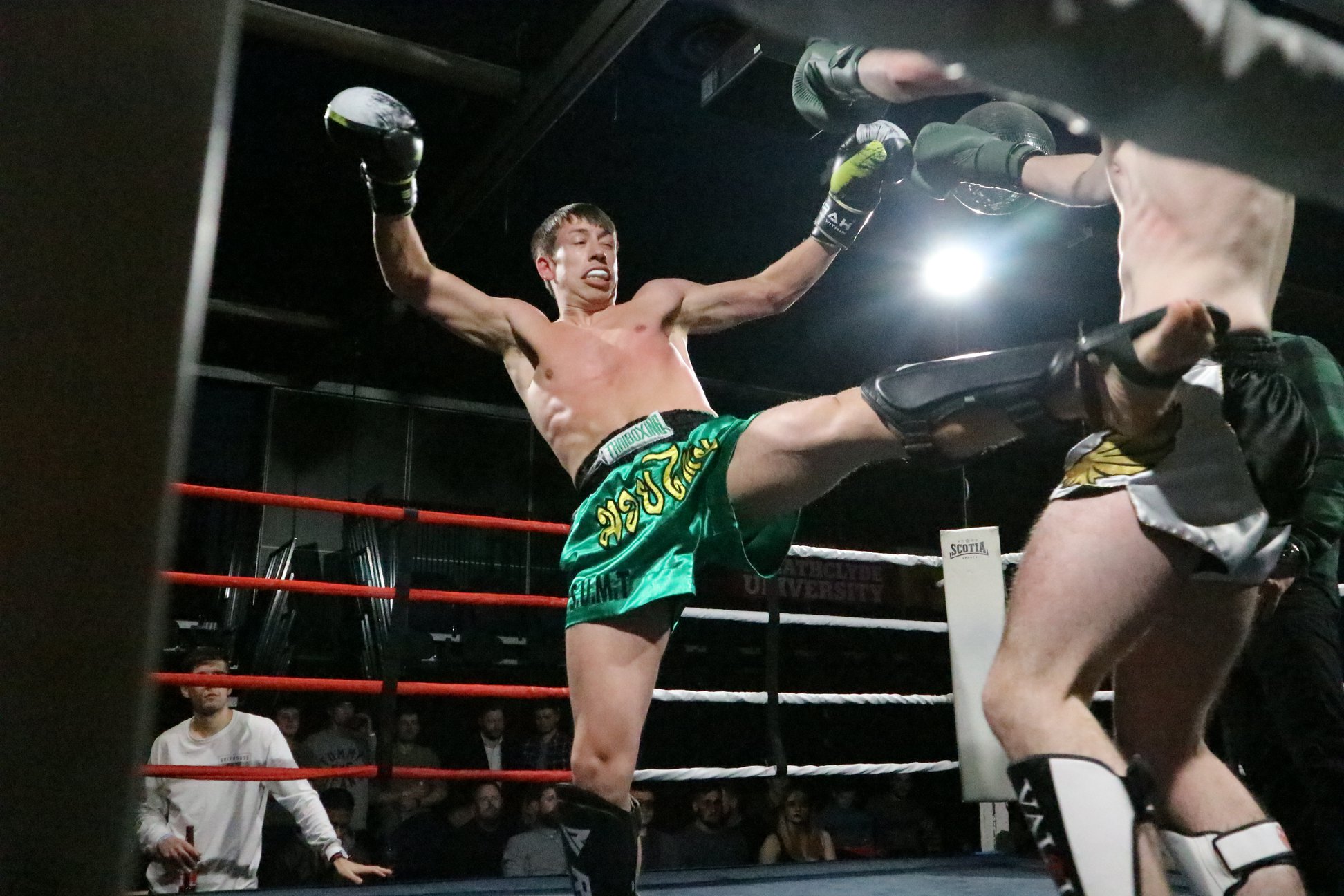 Brig met with Captain, Conor Watt and President, Nick Gracie to discuss the hype around the event and their preparation for it.

Watt said, “all the fighters are pumped for these fights. Glasgow is such a good time and the atmosphere is always the best – last time we had loads of support and even if you get your butt kicked you still have a good time.

“Stirling’s Muay Thai Club has reached its highest number of members since its formation and it continues to grow each semester.”

Looking ahead, Stirling want to be able to take it up a notch and host their own inter-club fight night with N-class fights. To do this they need SSS membership and need to prove to the SSS that there is a growing interest for the sport here, which there is no doubt about.

Gracie adds, “it’s the most we have ever had in my four years here, but it will be good to get more people into it and keep the club growing so we can hold our own inter-club.

“What we usually do is we have inter-club fights where we will go to other universities and everyone will be matched up with someone who is the same height and weight and they will fight, but it basically sparring because there is no winner or loser.” 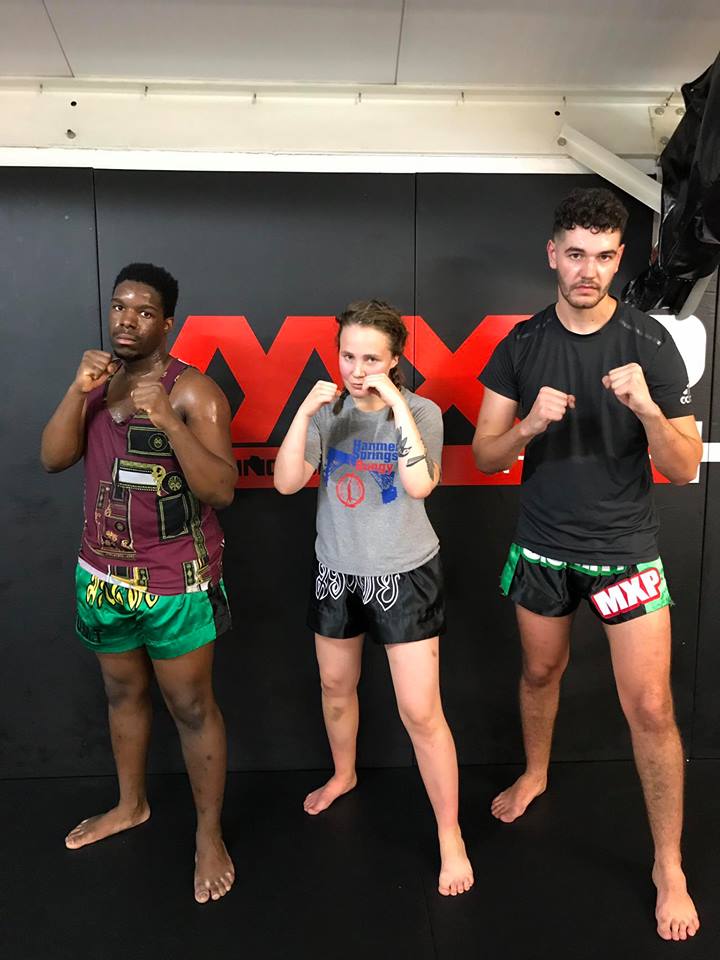 In what usually be considered a male dominated sport, Stirling Muay Thai club are promoting the club in a different light. Current president Gracie joined the club as a first year and has seen it grow from strength to strength in his four years.

“I just really enjoy the sport. It is good fitness and that, but what we have been really trying to promote a lot as a club, and it has been really important for me as president, is equality.

“We have more women members now than men. There has been this aura about the sport that’s its full of testosterone fueled men who just kick the shit out of each other but it’s not really that. We are very inclusive; guys and girls train together. Our committee is 50/50, we really are a mixed team.”

Stepping up to fight is the most cardio intense thing you can do so the Stirling Squad have been preparing for the fight in the form of ‘death by cardio,’  as well as other physically intense training.

Watt felt the full brunt of Stirling’s female fighters at his first ever training session when Natalia chipped his tooth with a kick to the head.

“The girls definitely don’t hold back. Stirling has always put out the most girl fighters out of all the universities, we used to have 6 or 7 girls who would fight at inter-clubs.

“That is something we pride ourselves on too, every inter-club we always field fighters. There’s not a Muay Thai fight in the Scottish university scene that someone from Stirling is not at.” 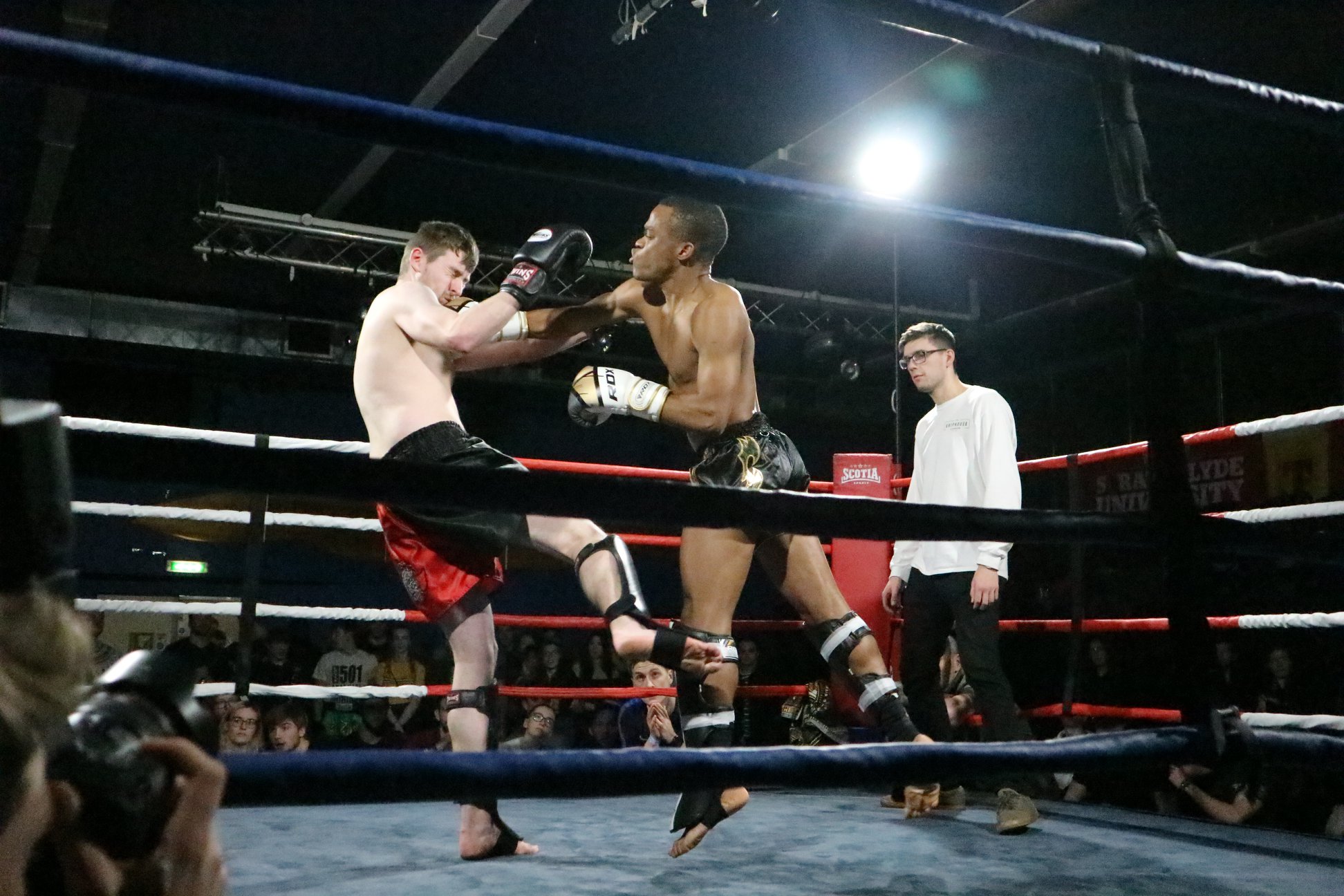 If anyone is looking to come along and support Stirling in what is shaping up to be an eventful night, they can check out ‘Stirling University Muay Thai Boxing’ group on Facebook or Instagram, where you can find all the details. Tickets for the night include free entry to the famous Garage nightclub, and can be bought online (through the Facebook event) or at the door on the night.

Anyone wanting to join the club are more than welcome and can come along to one of the training sessions from 3-5pm Monday to Thursday in studio 1 in The Gannochy.

Max is maximum in Queen’s Cup