After the unprecedented success of Living Undocumented, a docuseries that follows the stories of eight undocumented families living in the United States, Netflix has released another gut-wrenching docuseries that deals with the issue of immigration in the US. Immigration Nation, however, depicts the lives of those currently going through the process of crossing the border.

Since the beginning of the Trump administration, the issue of immigration has been constantly brought into the public eye, which is no surprise considering most of Trump’s election campaign was centered around this issue. This ongoing public debate is also reflected in the media’s portrayal of the affair. Immigration Nation is an exceptional piece that educates the public while promoting a firm message: people should not die or be prosecuted for wanting a better future for them and their families.

The issue of immigration is a current, topical one, but this docuseries (its release perfectly suiting the current climate in the US, following the wave of anti-racist protests) was filmed prior to the 2016 election. However, Trump’s cabinet pushed its release date almost four years back so it would not worsen Trump’s status and cost him votes before the election.

The series’ filmmakers, Christina Clusiau and Shaul Schwarz, have stated that Immigrations and Customs Enforcement (ICE) officials have also tried to have entire scenes deleted. This has made the documentary seem like a “forbidden” piece of media, according to Slate, which presumably attracted a larger audience than the docuseries originally had.

The docuseries’ structure allows every question that arises to be answered in their own time. Similarly to how a migrant would examine every legal procedure, route and possibility, every Immigration Nation episode is focused around a specific aspect of migrating to the US. In doing so, Clusiau and Schwarz effectively dismantle the way we defend or ignore these issues. When presented with an ICE officer arresting six “collaterals” (undocumented immigrants who were not the original ICE’s target) and it just “being their job”, the series ruthlessly contrasts the people turning a blind eye to other’s struggles and those trying to survive.

The series equally follows the stories of victims (fathers separated from their children, mothers grieving the children who died crossing the Arizona desert or grandmothers stuck in detention facilities for years) and the prosecutors themselves. The stark contrast between detained parents sobbing whilst holding photos of their families and officers filming them and laughing, at times, is really shocking as a viewer. The emotional aspect of this docuseries is exploited as a tool to promote its message because both are built on empathy. Often during this documentary, I found myself moved to tears of anger, frustration and hurt for these innocent people who risk everything for the ones they love, “Just like I would do,” states one of the Border Patrol officers interviewed in it.

However, Immigration Nation largely points the blame at those in power. By explaining the inhumane policies and changes in ICE’s deterrent methods which have caused the massive surge in deportations, Immigration Nation swiftly thwarts any attempt at rebuttals. The series also convincingly denounces the different ways in which people in power take advantage of immigrants, only to deport them later.

For example, episode three (“Power of the Vote”) deals, amongst other things, with the issue of deported veterans. Through its lens, the cruelty of promising them privileges after serving in the military only to have them stripped of their homes and families after risking their lives abroad is incredibly poignant. The veterans themselves seem incredibly frustrated with the fact that they could only return to the US in a casket for a military funeral.

In conclusion, Immigration Nation is a must-watch for everyone looking to educate themselves on the politics of immigration and how they affect people in ways most of us could never imagine. This docuseries is an unmistakeable eye-opener, which neatly fits into the surge in political documentaries on Netflix.

As an audience, we must question if a corporation such as Netflix truly cares about the struggles of day-to-day people, or if it is an excuse to profit off of social/political movements. Undoubtedly, the inclusion of these debates in the public eye and in mainstream media provides a great tool for accessible social education, and Immigration Nation has established itself as one of the best political docuseries of the decade by doing just that. 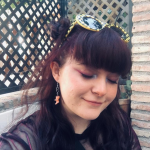 124 000 Scottish students to have grades amended amidst downgrading scandal