The Scottish Green Party’s Gillian Mackay has introduced a Members’ Bill that would provide buffer zones of 150m around abortion clinics and healthcare sites that provide abortions.

Mackay, an MSP for Central Scotland and the health spokesperson for the Scottish Greens, said that the campaign of harassment and intimidation outside abortion clinics has been growing.

She went on to say: “People have been filmed entering and leaving, they’ve had abuse hurled at them over loudspeakers, and in one instance clinicians had to move clinics to other parts of the building… this is obviously unacceptable and it’s what I’m working hard to end as quickly as possible”.

Mackay introduced the Bill to protect healthcare workers, attendees of the clinic and administrative staff who experience harassment from protestors outside the clinics.

People have been filmed entering and leaving, they’ve had abuse hurled at them over loudspeakers, and in one instance clinicians had to move clinics to other parts of the building…this is obviously unacceptable and it’s what I’m working hard to end as quickly as possible

In the consultation document, released by the Scottish parliament for everyone to read and respond to, it states that groups and individuals gather outside healthcare sites to “dissuade or deter access to or provision of abortion care” and describes the activity as “organised, widespread and persistent.”

These kinds of gatherings and protests have been reported as harassment by those who are availing of abortion services. The introduction of buffer zones has been welcomed by health professionals, including the British Medical Association, as they agree that these kinds of protests have a negative impact on their patients as well as staff.

It is estimated that 1 in 3 of those who can become pregnant will access abortion services in their lifetime. This comes as two-thirds of the Scottish public support the introduction of buffer zones, according to a poll conducted by Savants ComRes for Scotland.

The Bill comes amid a notable rise in anti-abortion activity outside these healthcare facilities since 2014, with recent international changes in abortion laws, it is feared this may increase further.

The buffer zones would be introduced nationally so that they would be uniform across the nation, not depending on the Council area of the clinic.

Last week, First Minister Nicola Sturgeon attended a summit on this issue and committed to introducing these buffer zones. Therefore, it is likely that this legislation will pass with SNP support in Holyrood. This is a positive progression in abortion rights in Scotland as anti-abortion groups have recently been receiving more attention internationally.

The march was a celebration of the decision to overturn Roe v Wade in the United States. The US Supreme Court decision changed the federal law so that each State can decide its own laws surrounding abortion. It has already had monumental effects. The Center for Reproductive Rights has estimated that following the Court’s decision around half of US states will ban abortions completely. This comes as thirteen states have already enacted ‘trigger laws’ that were in place as soon as Roe v Wade was overturned.

This regression of abortion rights is one example of tightening restrictions for those who can give birth.  The only other instances since 1994 were in Poland, Nicaragua and El Salvador, while at the same time 59 countries have expanded access to abortions, according to data form the Center for Reproductive Rights. Many fear that this is the beginning of the Supreme Court enacting right-wing decisions that will infringe upon constitutional rights that have been protected for years.

There are fears that this will lead to an overall degeneration of reproductive rights internationally, while the fight for access to abortions continues in other parts of the world. Malta is the only EU country to fully ban abortions services and this was highlighted recently by the case of Andrea Prudente, a US citizen.

Prudente went into early labour while on holidays in Malta. The pregnancy was pronounced non-viable, but there was still a foetal heartbeat so no doctor would perform an abortion as they would be risking their medical license and imprisonment of up to four years.

Prudente was at risk of infection that could have been life-threatening. She waited two weeks before being airlifted out of Malta into Spain to undergo the procedure, under her travel insurance. For Maltese women, the only option would be to wait until the heartbeat stopped, despite any repercussions on their mental health.

The hospital where Prudente was being cared for in Malta stated that if she had shown any signs of infection they would have intervened. Prudente recounted a nurse telling her that she would need to be “on the brink of death” for the intervention to take place if the heartbeat continued. This could lead to a overhaul of Malta’s abortion laws which have been in place since the 1850s. Doctors for Choice Malta have submitted a legal petition for a legal review of the country’s abortion ban.

Unfortunately, Prudente’s case is strikingly similar to the story of Savita Halappanavar who died in Ireland in 2012 when doctors refused to intervene and save her life as long as there was still a foetal heartbeat. While these cases are difficult to hear, they may lead to change in one of the world’s strictest country on abortion rights. 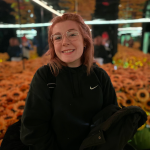