Until the Civil War, death care was typically a woman’s job. It went hand-in-hand with midwifery in the face of high infant mortality and it was a job which required the emotional intelligence (or sensitivity) which has been pushed upon women as an expectation throughout history. Women were the first to offer their bodies for cremation, and have repeatedly decolonised and fought against unethical practices in the funeral industry.

Mother of two, Toni Crews, has joined a long line of powerful women who made a difference to the way society perceives and understands death. Earlier this year, Crews became the first British cadaver dissected in a public display in nearly 200 years. On December 5th 2022, Crews made history again by being the first named individual to be dissected on television.

Channel 4’s My Dead Body follows Crews’ life, diagnosis, end-of-life wishes, death and autopsy. Often narrated by Crews herself, the programme demonstrates how valuable her body was to uncovering information about the one-in-a-million cancer which ultimately took her life.

Unwaveringly brave, Crews’ decision to donate her body to anatomical science came after her diagnosis of adenocarcinoma in 2016. Adenocarcinoma is a cancer of the tear gland which caused Crews to lose one eye. Throughout her battle with cancer, Crews’ maintained an Instagram account to document her journey. Despite the seriousness of her condition, her sense of humour and optimism remained.

The documentary, My Dead Body, was demonstrative of the respect the producers and medical staff had for Crews. Although recognisable, Crews’ body was filmed tastefully. The scenes were still incredibly informative despite this, as medical professionals searched for the answers behind the spread of cancerous tumours. The live dissection was displayed to over 1,000 students from varying medical backgrounds.

Crews was able to narrate parts of the show through the use of innovative voice replication technology. Viewers watched as family members gave impactful interviews about her life and how important it was to them that her death wishes be honoured. It was the hope of Crews that her donation may help others in the future.

Crews’ incredible decision to be seen post-death by students and the nation in the aid of progress is truly inspiring. There is no doubt that her bravery will inspire others to consider offering their body to science and to think deeply about their hopes for their own death.

The programme began to trend on Twitter immediately following its release. Viewers took to the social media platform to praise the producers of the show and Crews herself. Audiences seem particularly enamoured with how respectful and poignant the hour-long feature was.

Channel 4 pushed the boundaries of conventional television with the release of My Dead Body. It’s a must-watch for anyone curious about the intricacies of cadaver dissection. Crews’ story is touching and impactful; her legacy is secured within this documentary and in the future generations of doctors educated with knowledge sought from her body.

My Dead Body is available to watch on All 4 Demand. 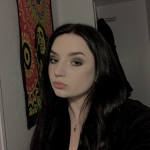