This Korean cinematic gem is a crime story that is done with technical excellence with spices of romance that truly demonstrates that the director Park Chan Wook as The Guardian described “a world-class artist at the top of his game”.

Decision to Leave is an exceptional piece of storytelling that truly crosses all the boundaries of what cinema has potential of achieving.

The film finally got released on MUBI in the UK, Ireland, US, India, and Turkey.

However, ever since the premiere at the Cannes Film Festival this year, the film has been an unavoidable piece of cinema that introduces themes of powerplay, force of nature, crime and romance. Themes every viewer wishes to see on the big screen are just presented and written in a way that is incredibly direct yet mysterious in its own way.

It is full of metaphors deeply connected to the main two protagonists of the film, police detective Haejoon (Park Haeil), who begins to develop a deep obsession for Seorae (Go Kyung-Pyo) a widow of a man died in apparent climbing accident which Haejoon is investigating.

The first encounter for Hajeoon creates an inner desire and passion for Seorae which he is not ready to admit until the first half of the film by growing suspicious that she is in fact the killer of her own husband.

Both protagonists are most in love when there is a chase involved and apart from each other. The voice recordings on their phones that are left are full of vulnerability and gentleness through the lenses of mystery and thrill of danger. That is the driving force of their relationship. Which also explains the metaphor of the film itself at the end – Hajeoon is driven by the metaphor of the mountains – stable and predictable whereas Seorae is associated with the sea-unpredictable and unstable.

They both fill each other’s cup, however Hajeoon is getting intrigued by the sea which was the driving force for the final scene and encapsulates their relationship the best. Sometimes even mountains are unstable but the sea will never be stable but will remain unpredictable and possibly destroy the mountains.

Cinematically one of the most innovative yet artistically spectacular, Decision to Leave delivers with such class with everything one human desires to experience in a good piece of storytelling.

The metaphor that sums up the overall point of the film is my heart is like a rising mountain of pride, which is the leading force of the film.

Park Chan-wook’s subtle masterpiece, weaving heart-wrenching tenderness into a murderous thriller is the unmissable crowning glory of his film career. This embodies the essence of Chan-Wooks artistic authorship through the prism of murder, romance through the epithets of mystery and innovative film vocabulary such as the use of effects that disfigure modern technology but also specific camera movements that are anything but classically shot.

On the 12th of December 2022, the film got nominated for the Best International Foreign Film at the upcoming Golden Globe Awards 2023. 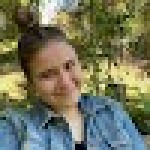