At the end of 2022, the Scottish Parliament passed a bill designed to make it easier for trans people to change their legal sex. This was known as the Gender Recognition and Reform (Scotland) Bill.

The bill was controversial, to say the least. With public consultations starting in 2017, it was one of the most consulted on pieces of legislation in the Scottish Parliament’s history. In the end, it was passed in Holyrood by a vote with 86 MSPs supporting it. 39 MSPs voted against it.

Though, no UK Government has ever used that power before. Meaning we find ourselves in unchartered waters.

Legally, the way forward is not totally clear. First Minister Nicola Sturgeon has said that she is willing to go to the courts in order to try and get it unblocked.

Her side will say that nothing in the bill changes any aspect of UK-wide law.

Rishi Sunak’s government will likely say that it does. They may argue that because sex is a protected characteristic under the Equality Act, any law which makes it easier to change sex also impacts or changes slightly how the Equality Act is applied. And so, they’ll say that they are legally justified in blocking this bill.

Not just an equalities issue anymore…

Politically though, it’s pretty apparent what will be said about the UK Government’s latest move.

The SNP, and the pro-independence side in general, are already arguing that this is evidence of Scotland’s need to break away from the union.

Pro-independence politicians have already said that Scotland suffers from a “democratic deficit”. This argument gained traction among “Yes” voters after the Supreme Court’s judgement that the Scottish Government cannot unilaterally decide to hold an advisory independence referendum. Now, it’s back – with the SNP and Scottish Greens arguing that the UK Government’s latest move is evidence of the need for independence.

Whether that argument will wash with voters in the long run remains to be seen.

It’s worth saying though, it’s not just those on the pro-independence side that have taken issue with the UK Government’s move. Pro-union MSPs, including Labour’s Monica Lennon and Richard Leonard, and the Scottish Liberal Democrat leader Alex Cole-Hamilton have also criticised the decision from the UK Government.

The National Union of Students has also criticised the move. In an open letter they say that it is is “undemocratic and unjustifiable to block the legislation”. This letter has been signed by several student associations, including the University of Stirling Students’ Union.

The fallout from this decision is extensive. But regardless of what happens next, it is undoubtedly the case that this move will be used as an argument for independence.

And this may not even be the only showdown we see between Scotland’s two governments in relation to LGBTQ+ rights.

This year, we expect that legislation will be introduced to ban conversion therapy. The practice, which aims to change a person’s sexual orientation, gender identity or expression, has long been campaigned against by LGBT+ groups.

Though, it’s not clear who will be introducing that legislation. The UK Government has announced its intention to bring this controversial practice to an end.

Though it’s not always clear what powers the Scottish Government does and doesn’t have in relation to banning conversion therapy. And if they, in the eyes of Downing Street, do overstep the mark then we could see more legal challenges from the UK Government.

Either way, you can expect that 2023 will bring fierce debate, both in terms of LGBTQ+ rights and in terms of Scottish independence. And don’t be surprised if these two issues get brought together. 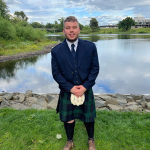 The Talk: Navigating your last semester at university