The much-anticipated Race Disparity report was released on October 10 2017 with the report being commissioned in August 2016 by Prime Minister Theresa May. May said the report was created to tackle “burning injustices” in our society.

Reaction to the report has been mixed, with many people angered by the fact that this report shed light on what they already knew – that the great racial divide has existed in Britain for decades.

This divide won’t disappear just by the report getting published. Research has shown that austerity in the country has damaged Black, Asian and minority ethnic (BAME) the most, and is going to get worse. The stark gaps between all groups in Britain have detrimental effects for everyone.

It is important to note that Scottish, Northern Irish and Welsh issues weren’t specifically focused on:

“1.9 Data for Scotland, Wales and Northern Ireland is only included if it pertains to policy areas that are not devolved and remain the responsibility of central government departments. Also, data on local services – such as on local authority homelessness acceptances, police use of stop and search, and progress and attainment in schools – is only presented where it is compiled by central Government departments.”

Included in the report were areas from all parts of society: education, crime, health, and income as well as many other areas.

Here are some key findings:

2) Employment rates have increased for all ethnic groups since 2004 but differences still exist in the labour market.

3) Pupils in several ethnic groups are achieving and progressing better than White British pupils, with Chinese and Indian students having the highest rate of progress and rates of entry for university. 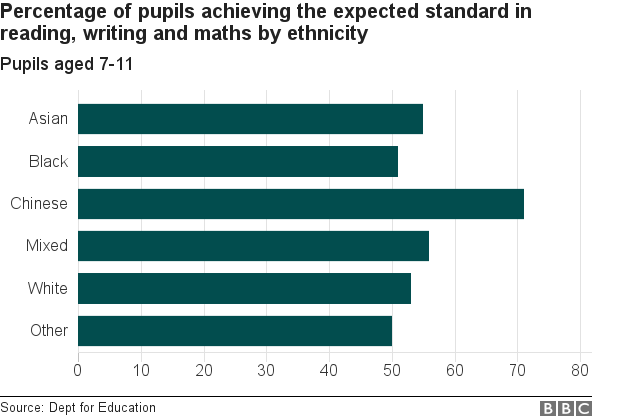 4) Gypsy and Roma children have the lowest attainment of all ethnic groups throughout school years.

5) Home ownership is most common among Pakistani, Indian and White British.

8) Mental disorders such as anxiety and depression are most prevalent amongst Black women. In 2014, 29% of Black women experienced the above illnesses.

9) In 2016, an estimated one in 17 police officers were from a non-white ethnic minority group, increasing over the past decade.

10) 18% of the whole nonmedical NHS workforce were from a non-White ethnic minority group.

This report is out now to the public, but what difference will it make? What course of action will May and the government take to change these “burning injustices”? Simply creating a report won’t solve the problems faced by BAME communities.

Right now, nothing is being done. The Universal Credit system is irrepairable beyond means, education rates are slipping, and the gap between the rich and poor is growing by the day – and let’s not forget the NHS cuts taking place.

What we need is a plan of action – we need meetings to be held in the cabinet. The government and other organisations need to put the citizens of the country first and prioritise what needs to be done.

Money needs to be spent on programs that work, focus on ending the teacher shortage, and to condemn institutional racism in the police force. Yes, these things are easy to list off, but the leaders of the government need to address these issues and do something about it. Releasing a report is just the beginning.

If you are interested in finding out more regarding the report, use these links below:

We can’t all pay away our problems

350,000 Call of Duty players banned for racism and toxicity

George Floyd One Year On

Forget the bus! Try this gem of a walk from campus to town