April 2019 will see the debut of a newcomer to the UK festival circuit, the Taiwan Film Festival. This inaugural festival will show five films of Taiwanese origin, the most recent of which is Chen Singing’s Body Talk (2018).

Born in Taipei in 1974, Chen found immediate fame in 2000 when her debut film, Bundled, won awards both at home and abroad. This early success proved overwhelming for the young filmmaker but, since returning in 2007 with God Man Dog, she has carved out a niche for herself with a series of emotional and meditative documentaries. As Chen puts it: “I shoot movies to find answers about life…I try to put myself into my subjects’ shoes and understand what animates their lives.”

After her previous film, The Walkers(2014), took ten years to complete; Body Talk has appeared with relative ease. In her new film, Chen holds up a critical lens to the female experience of Taiwanese society. Despite receiving state funding, Chen is no cheerleader for Taiwanese culture, stating: “Today, Taiwan is a fickle and impatient place. Everything’s fake…people’s bodies are subject to the dictates of capitalism. They are being told what their eyes, nose and mouth should look like. I really want to resist that.”

This resistance is on show in Body Talk, as a series of women open up to the camera in unflinching detail about their experience as a woman in Taiwan. Opening with a beautiful animated sequence, the film wastes no time in setting out its stall, as scenes of a young girl playing with her dolly are juxtaposed with images of skeleton parts. The initial interviews feature a wide variety of women discussing the pressure to conform to gender stereotypes and the fear and shame that this engenders. One woman talks of the feeling of liberation when she dreamt of not having breasts.

These talking heads segments are interspersed with case studies of individual women. The first we meet is a young girl who live streams make-up tips despite being inundated with offensive messages directed at her weight. The camera follows her as she walks down the street, capturing the public reaction to an ‘obese’ body and highlighting the judgement which she faces for not living up to mainstream conceptions of physical beauty.

The film moves to the next case study – an expectant mother who already has one daughter. She speaks candidly about the loss of identity experienced by mothers, as the baby inside her becomes the focus of attention. The issue of bodily ownership is also explored, as she describes her daughters need for her body as a site of play and affection.

Between these case studies and the interviews are impressionistic sequences sound-tracked by massed voices and poetry discussing the female body. The idea of women as a commodity is returned to several times in both the imagery and anecdotes. Glossy adverts and sale signs are contrasted with women talking of the short time window they have before they are considered undesirable. Sex is discussed in terms of “rituals and actions”, with the body seen as a tool, or object, to be used by other people.

Despite the interviewees referring to childbirth as a private matter that is rarely discussed in public, Chen puts the subject front and centre with footage of a home birth experience. As she strains, the new mother asks her midwife: “Is it always this big? So terrible…so shocking…” Some viewers may be uncomfortable at the ensuing scenes of the family gathering to eat the placenta (“quite chewy!” opines a male family member) but this is the point of the film – to investigate the areas that society has deemed forbidden.

Placenta-eating aside, the women on screen could come from anywhere, their issues are universal, and this is what makes the film such an important document. It illustrates that women face the same pressures to conform the world over and the candour with which the subjects speak dispels the Western stereotype of Asian women as humble and subservient. These women are fiercely individual, both physically and psychologically, and speak with wit and insight about their experience.

Ending with a heartfelt, amateur version of ‘Will You Still Love Me Tomorrow?’, the film manages to be simultaneously emotionally-affecting and unsentimental. The interview space used for the talking head sequences resembles a disused warehouse, giving the impression that this is guerrilla-style filmmaking, with the participants risking their safety or reputation by taking part. The lasting impression is of real women, living real lives and facing real problems.

With Body Talk, Chen has created an important cultural document that sits comfortably alongside milestones such as The Vagina Monologues(1996) and Yoni Ki Baat(2003). Taiwan is a fertile ground for cultural exploration and the film deserves as wide an audience as possible. Hopefully, next year’s festival will catch the public imagination and propel the film to a much-deserved higher profile. 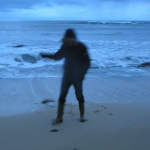