written and illustrated by Kristina Hnizdilova 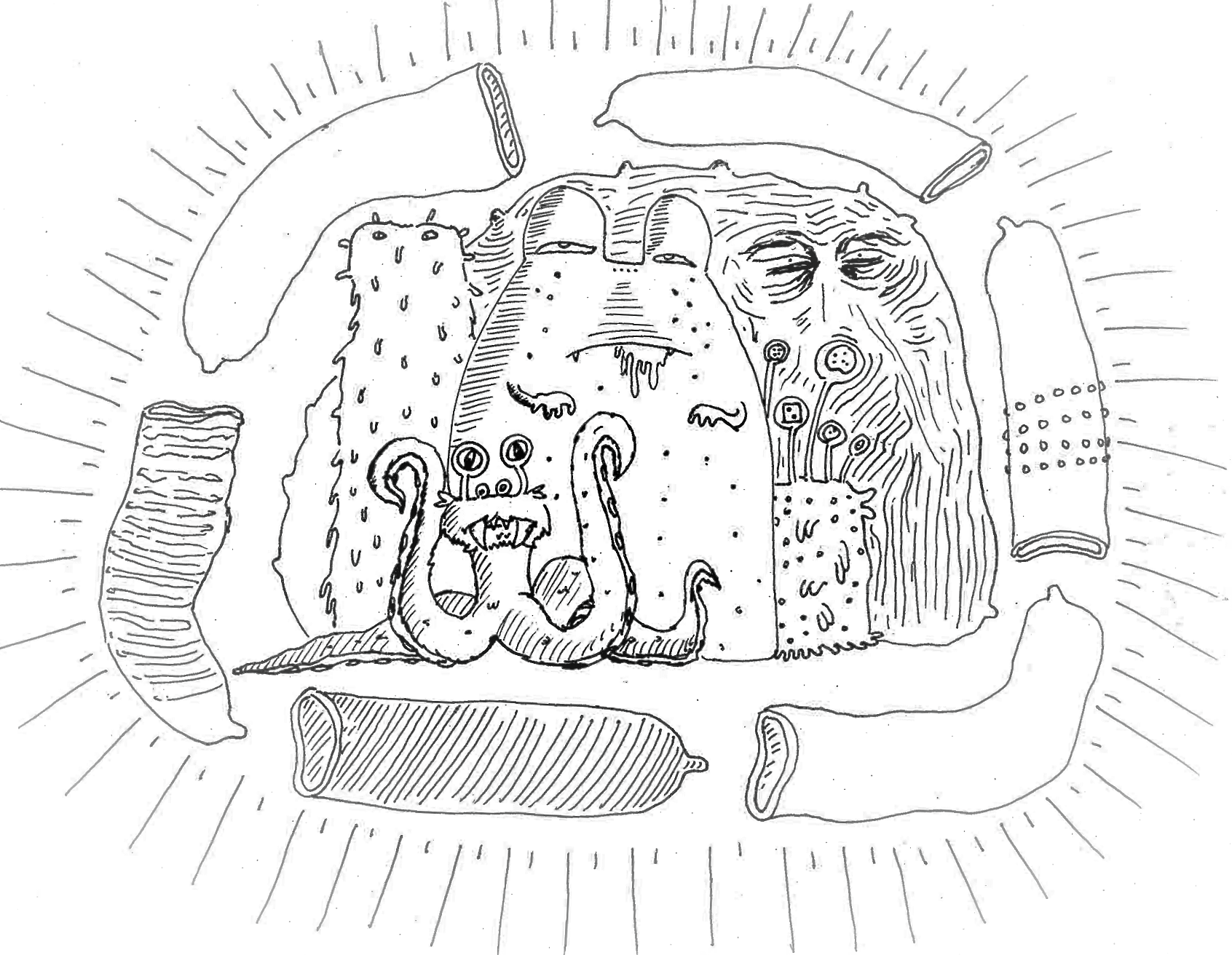 Let’s face it, people have sex– especially students. A lot of people come to university with very little sexual experience, and expect to transform into Austin Powers within seconds of walking through the doors. While sex education has improved immensely over the past few years, sexually transmitted infections (you may know these as STIs, STDs or VDs) are not going anywhere.

According to the Gov.uk website, there were 422 000 cases of STIs diagnosed in England alone in 2017, with Syphilis being on the rise. That number is probably much, much higher in reality, as it does not account for undiagnosed cases.

The fact is, there is still a massive stigma around STIs and many people are reluctant to seek treatment, but this stigma will only make things worse. Here is a list of five common STIs diagnosed among students and young people in the UK.

If you have genitalia and have sex of any kind, this list is for you.

Disclaimer: I have the same medical qualifications as Dr. Pepper- absolutely none. I am pretty good at googling things though, and I have put all of my sources at the bottom of this article.

If you thought HIV/AIDS went away with the 90’s, think again. In 20-24 year olds, AIDS is the second most common cause of death right after suicide, with half the people who get HIV being under 25 years old. HIV is a very sneaky illness and does not have very many reliable symptoms. Some people get a rash, others get a short “flu” but many do not get anything, as HIV can be silent for up to 10 years. If untreated, HIV will result in a breakdown of the immune system and develop into AIDS, which is a fatal condition.

Everyone can get HIV/AIDS, no matter who you are or what your sexuality is. These days, HIV is not a death sentence. Modern anti-retro-viral drugs allow people with the disease to have a close to normal life expectancy. Even people with AIDS are able to live a lot longer. If you have unprotected sex and/or have many sexual partners, remember to get tested. You can potentially save your life and many other people’s lives with it.

The herpes simplex virus (HSV) comes in two flavours. You can get HSV-1, which often comes in the form of cold sores, or you can get HSV-2, which mostly causes, you guessed it, genital herpes! You can get genital herpes not just from fluids, but from skin to skin contact on the affected area. Not all people have symptoms, but those that do have blisters around their genitals, sometimes accompanied by fever and body pains. There is no cure for genital herpes, because HSV is like that one annoying relative that came over for Christmas once and is still camping in your living room thirty years later. However, that doesn’t mean that you should not seek help. Your GP can provide you with creams and medicine to treat or prevent more serious flare-ups. If you have been diagnosed, it is important that you inform your future sexual partners.

…also known as ‘the clap’ or ‘the drip’ (names that I like better, because they’re easier to spell), this one is pretty darn nasty and can get pretty messy if left untreated. The main symptoms are discharge from the penis and vagina, a burning sensation when peeing and swelling of testicles. If left untreated, it can lead to Pelvic Inflammatory Disease in women, which is a painful condition that can lead to infertility. In men, gonorrhoea can cause an infection in the testes and prostate, which is about as pleasant as it sounds. Gonorrhoea can be cured with antibiotics up to 99% of the time, so be sure to get an appointment asap.

This disease, which sounds a lot like the name of an Ancient Greek deity, is the most common STI – not just on university campuses, but also worldwide. Chlamydia affects the cervix in women, and the urethra in men. The main symptoms are pain during sex and peeing, pus/discharge coming from the vagina and bleeding between periods. It can sometimes affect the eyes and throat. The reason why Chlamydia is so widespread is because it can have no symptoms at all! In fact, around 50% of people who have Chlamydia don’t even know they have it.

It can sneak around your system for weeks, sometimes even months, and can lead to serious issues later on, such as pelvic inflammatory disease and infertility in women, which is why it is important to get tested – especially if you have unprotected sex. If you had the above symptoms and they disappeared, get tested anyway, because the disease can still be spread. The good news? It is treatable with antibiotics.

So what have we learned today, kids?

If you think you might have any of these symptoms, see your GP immediately. Getting an STI does not mean you are dirty, in fact it is estimated that around 51% of the population have one. You don’t even need to have had sex!

No matter how you contract an STI, ignoring the problem is not going to solve it. If left untreated, these diseases can wreak havoc inside your body, and some can result in infertility. Many of these diseases can be cured with antibiotics or can be treated. Even HIV, which just 25 years ago would have been a death sentence, is manageable with modern medicine. Go see the doc.

Stay safe: keep your sausage in a casing.

Finland: the happiest country in the world

Not your average charity shop

More parking charges to be introduced in Stirling and surrounding areas