Shakespeare has always been known for his wit and humour, but after watching SUDS’ latest production of Much Ado About Nothing, I realised truly how hilarious Shakespeare’s comedies could be.

Much Ado is one of Shakespeare’s most popular comedies and sees the foiled marriage of Hero and Claudio after some false accusations from bitter Don Pedro. With the help of a sly friar and plotting uncles, a death is faked, justice is served and love is restored. Not to mention, fiery flirt Beatrice (played by Abigail Ferguson) and bachelor Benedick (Daniel Rooney, the protagonist) are united.

Director Andrew Hart and his brilliant cast brought new levels of fun and hilarity to the play’s melodramatic plot and sucked the audience into the absurdity with ease in the Macrobert’s small but intimate Playhouse.

The plays most side-splitting scenes were Benedick and Beatrice’s respective ‘snooping’ scenes, where they hilariously eavesdropped into conversations about the other’s love for one another. Think creative camouflage: using twigs for cover, sleuth rolling across the stage, stealing the gardener’s uniform and even posing as a cat. Meow?

Rooney’s performance throughout the play was fantastically strong as he journeyed from ‘love-cynical’ drunken bachelor (with a stylish cheetah print bra, might we add) to a head over heels in love fool. Equally, Ferguson delivered her dead-pan lines (or roasts of Benedick, more like) with the sharpest tongue and the coolest eye rolls, keeping the stony ‘too cool for you, Benedick’ facade up and the laughs rolling until the play’s end.

The pair of insult-warring lovers were supported by Dimitris Terzis as Claudio and Eilidh Brown as Hero. While Terzis had a strong seriousness, he also brought strong dad dancing to the stage. In one of the most impressive moments of acting, Brown cried on cue, a feat which took the audience aback. The play did not dwell on the serious for too long at any point and moments later we see her comedically carrying her own coffin onto the stage with Sophia Riederer as Friar Francis, as they both plot to fake her death, in a rather funny way, bringing real tears and laughter to the stage.

The play’s tomfoolery was nicely pulled together by Leonato (played by Alex Hendry) and Don Pedro’s (played by Jannik Gehde) lengthy, yet well memorised dialogue. Playing the part of Leonato, Hendry definitely landed himself the majority of the play’s monologues and delivered them with fantastic diction and presence. Gehde was fortunate to have one of the play’s best lines, which cracked the audience up:

“Cupid is no longer an archer: his glory shall be ours, for WE are the only love-gods”

Aside from the main drama, Marina Sanli gave a stern performance as Donna Joan (formerly Don Jon), aided by angsty Hawaiian shirt wearing ruffian duo played by Nathan Barr and Rachel Clinton. The audience were brought into the fun by an intimidating questioning by Ross Batey as Dogberry the nightguard, and laughs were had at the expense of Logan Campbell and Ceiwein Hemingway-Brunt as his two, shall we say, not so brave, guards.

Other exceptional mentions include singing and guitar by James Paterson, a SUDS stage debut by Heather Bounds as Antonia, and Skye Macleod and Annette Lordereau as Hero’s doting friends and last but not least, Claude Edwards as messenger and sexton.

The play overall exuded hilarity and guaranteed the audience a night of belly laughs and awe at some truly exceptional acting. Some audience members, notably, found the play a little bit too funny. Much Ado is already a folly of a play, but under Hart’s direction, new touches of humour were added making the play the most delightfully amusing rendition of the play I’ve seen to date. I left feeling lighter, not realising how heavy some of today’s drama and news can be. It was great to take a night just to sit down with SUDS, absorb some great theatre, and have a good laugh. After all, laughter is the best medicine.

If a night at the theatre is what you so wish for, SUDS’ next show will be a glamorous performance of the timeless 20’s classic The Great Gatsby, on the 8th, 9th and 10th of April. Keep your eyes peeled in coming weeks for tickets. 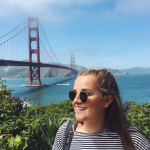