Two University of Stirling graduates have had their own version of freshers this week after they opened bookstore and Café ‘The Book Nook’ in Stirling City Centre on Monday.

Leanne Brown, 29, and Jasmine Stenhouse, 26, had wanted to open a bookstore since they graduated in 2016 with a degree in English Studies and have worked for two-years to open their dream establishment.

Situated on 24 Upper Craigs the bookstore offers environmentally friendly second-hand books, sustainable packaging, and some vegan options on their café menu. The business is also dog friendly. After originally expecting to open in May, the businesswomen spent the summer renovating the premises, sometimes working for as long as 16 hours a day for what they described as a ‘labour of love’.

The business idea was realised two-years ago after a drunken conversation and a stumble to Waterstones to buy a book on business.

“I have always wanted to open up a bookshop, but it was kind of a retirement dream. We had a twitter exchange in 2016, just after we graduated, and I couldn’t sleep because I kept thinking about how much I wanted to open up a bookshop café. Jasmine said that it was a viable business idea and that we should talk about it, then we forgot about it because it was just a stupid twitter exchange.”

“Two years later we were having lunch at City Walls and we started drinking and had been complaining about our jobs, and we realised we didn’t want to get into academia.”

“We took a drunken stumble to waterstones on how to start a business.”

“Most of the decisions we have made were based around what we would like to have had as undergrads. I’m glad that students are using the space as we wanted them to, our sofa gets used every day and people have laptops in their laps. That’s why we have so many plugs.”

“We both had a great passion for books and that’s why we done English and why we done a masters, and then there was nothing really out there for us. When you are English student that’s something that people say to you, oh, so are you going to be a teacher?”

“But I didn’t want to, and I didn’t want to give people the satisfaction of not doing something within my remit. So, we just had a drunken outing of, oh, we can definitely open a bookshop.”

“Everyone has been so lovely about opening, when we were first talking about it, we really wanted to appeal to students because it was something we would have loved when we were in uni.”

You can find the bookstores social-media here. 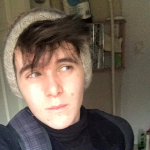 What we have forever lost