Despite the strong public support staff have received, Macrobert Arts Centre has currently not budged on its decision to lose four highly skilled technician roles within their team. Three employees have been made redundant and one has been kept on with reduced hours in a different role. Another is currently on maternity leave.

The Macrobert Arts Centre posted a statement on their website on August 18, reading:

“Since the COVID-19 crisis forced the closure of Macrobert on March 16 2020 the most pressing need has been to survive. The immediate threat resulting from the sudden loss of earnings which make up 60% of our total income is very real.

“The impact of our lost income, brought about by closure, is that we have had to go through a consultation process with staff. At the end of this process, some staff will work reduced hours and 5 posts have been made redundant. These 5 posts are made up of 1 Marketing post, 1 Venue and Projects (Hires) post, 2 Technical posts, and 1 Technical fixed-term post (Maternity Leave Cover)”.

A statement written by a representative of the technical team declared:

“The equivalent of four specialised technician roles have therefore been lost”.

The team’s change.org petition, ‘Save the technical team of Macrobert Art Centre’, gained over 2,500 signatures and received a range of disconcerted comments. One person wrote: “Even without this funding the team at Macrobert appear to have made a viable proposal to save their jobs and secure the future of the venue, which has been largely ignored.

“Last year, the total cost of staffing was £863K ­– it seems unfathomable. Therefore, that £480K can save just one post. Theatre is nothing without the people behind it. Protect them or there will be no theatre to return to.”

Despite the traction gained by the petition, Macrobert Arts Centre have not commented further on these issues publicly, and no changes have been implemented since their statement was released in August. 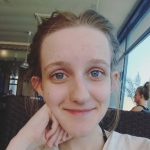 A Penny Dreadful: The shade of skins