Practical effects, killer quotes and CHEESE, lots of it – as an 80’s slasher flick, A Nightmare on Elm Street has it all. As a lover of both slasher flicks and Halloween, I had to go when I saw VUE was screening this gem of a film. Although I’d seen it before, I knew good company and the cinema experience couldn’t be missed. I was not disappointed.

Now, this movie is definitely a product of its time, for good and for bad. The film is endlessly quoteable, from classic Freddy lines like “I’m your boyfriend now, Nancy”, to Nancy’s casual remarks “I’m into survival” or “You had one job, Glen”.

The soundtrack is the kind of score that can be played on repeat whilst studying or relaxing. It’s composed so well, and within the context of the movie it is made even better. The soundtrack and sound design makes the cinema experience worth it just to hear the effort all around you.

The practical effects and set design were also surprisingly amazing with such a limited budget, and I feel that the work far exceeds any reasonable expectations. The boiler room along with the iconic dragging of the blades against the pipes still stay with me.

The acting is equal parts hammy, good, and fun. Heather Langenkamp was genuinely believeable as Nancy Thompson and played naivety turning into sleep-deprived craziness beautifully. Robert Englund’s performance as Freddy will always be my favourite portrayal of a slasher villain. His quips, delivery and movement all cement his performance for me.

Now, let’s get into the few “issues” I took; the credit “introducing Johnny Depp” had me in tears laughing, although my comfort with him as a person makes seeing him in movies, even retrospectively, a little awkward. That said, he genuinely plays his character well and I enjoyed him on screen, separating art from the artist. The biggest issue, however, is one that his character takes part in – misogyny, a weirdly common theme throughout the film partaken in by all of the male actors.

All things considered though, the movie is still a really fun watch, especially coupled with friends and the cinema system. It’s a must see. It has been a while since I enjoyed myself this much in a cinema and whilst the company helped, the movie’s genuine fun and enjoyment factor cannot be understated. 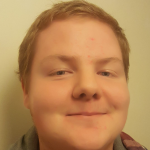