Norway’s beach handball players were each fined 150 euros this week by the International Handball Federation for “improper clothing”.

The team decided to wear shorts, rather than bikini bottoms, during their bronze medal match against Spain in the European Championships. They chose to do this as a form of protest, as they were threatened with disqualification and/or fines prior to the event when they petitioned to change the dress code.

The regulations require women to wear bikini bottoms with a close fit that are cut on an upward angle toward the top of the leg, and they must have a side width of no more than four inches.

This is sexism in all its hideousness.

These women are being pressured to wear an item of clothing that causes discomfort associated with menstruation and religion. Some of the players have spoken about how the attire makes them feel naked, uncomfortable and watched. Not only that, the outfit isn’t exactly practical. You often end up with half the sodding beach in your clothes when you go to the seaside as is; never mind when you’re in a two-piece, playing a sport which requires a lot of movement. I mean, really, who wants sand up their crack during a competition?

It gets worse. When women complain about such rules being unfair, they are made to feel as though they’re whining over nothing, or ‘getting their panties in a twist’ as one headline so poetically put it. The Daily Mail, reliable as ever, have also been quick to point out that the players aren’t afraid to show off their washboard abs in holiday pictures online – “they’re not always in sensible shorts!” Excuse me, I need to scream now.

It is no real wonder that so many sportswomen are subject to sexism in their field yet do not share their experiences of it – in 2020, it was revealed by in a BBC survey that 65% of British female athletes have suffered sexism in their sport but only 10% felt comfortable to report it.

This story exemplifies the double standards for uniforms worn by male and female athletes and how sexism in sport is still a massive issue, even in the 21st century. The handball team have said they have been given “no good reason” for why they must wear bikini bottoms during play.

Asked for comment, the University of Stirling Handball team told Brig: “this scandal shows again how sport nurtures sexism and why it’s important to overcome these gender inequalities. Receiving a fine or being threatened with disqualification for an outfit reveals how much sport laws are directed by a patriarchal leadership.”

Meanwhile, 24-year-old Welsh Paralympian Olivia Breen was berated for doing the opposite. She was told by an official her shorts were “too revealing” at the English Championships on Sunday.

Breen was left speechless after being told to wear “more appropriate” briefs. She describes the briefs as high waisted bikini bottoms which make her feel comfortable and light when competing.

The sprinter and long jumper said she has never personally felt self-conscious before and was made to feel “very angry”. Can you blame her? I’d be seething. It goes to show how many people still don’t take women’s sport seriously – these individuals who dedicate their lives and work so hard are treated as mere eye candy in their profession.

She has worn the same style of competition briefs from her sponsor throughout her career and believes her male counterparts would not face similar scrutiny or criticism. Thus, she felt it important to highlight the incident to stop it happening to others. She has also spoken to England Athletics and they will investigate the issue.

These disgraceful incidents, which (funnily enough) come just weeks after the bikini’s 75th birthday, are anything but isolated and have sparked a conversation about the mixed messages girls receive from childhood onwards. Sometimes it feels we simply cannot win. Casual sexism is everywhere – social media, the workplace, films, everyday language, adverts, politics…the list goes on. It’s no surprise there’s injustice to be found in the aesthetics of women’s clothing. Recently, there have been many women questioning why we aren’t even given pockets in our clothing; there are some theories out there that say it’s to sell more handbags. I recall feeling mystified in swimming classes at school, when my PE teacher told us to pretend to scoop ice cream into our pockets to enhance my breaststroke technique. Unlike the baggy swimming trunks the boys were wearing, we had no pockets on our costumes.

But do you wanna know what really chafes my thighs? Internalised misogyny. The fact that the official berating Breen for her briefs was a female drives me to angry tears. The other week I saw one of my favourite content creators, Aussie lifestyle YouTuber Michelle, post about woman-on-woman oppression.

She really hit the nail on the head and I sent a few gushy, unintelligible messages in all caps her way, thanking her for posting about her experience. And I think that’s that’s just it – we all need to follow the examples of these women in the public eye speaking out about sexism, not allowing the discrimination that is so normalised and rooted in our society to go unnoticed.

At the risk of sounding like a tote bag print, be the change you want to see in the world – don’t be a bystander. There is a direct link between sexist attitudes, gender inequality, harassment, and violence against women.

We need to make a move towards educating young boys not to objectify girls, as opposed to teaching girls that their bodies are the problem.

Let’s take a moment to acknowledge we’ve been talking about athletes this whole time too. God forbid you wear revealing clothing when you’re plus size or an ageing woman with a ‘mum tum‘ – you’re either body shamed or fetishised. To quote a keyboard warrior on the subject: “If you are in good shape then a bikini is fine if not wear a swimsuit.”

So, whilst it’s sunny, taps aff weather and the women in your life may be wearing clothes that display a bit of flesh you’re maybe not used to seeing, please give those lovely ladies a bit of hype.

Likewise, if someone starts questioning their wardrobe choices, tell them lose the ‘tude, dude. Because at this point, it’s just exasperating.

A single article doesn’t even begin to cover the impossible challenges that sportswomen, and women in general, face in everyday life, but I’ll try to get it down to a T:

“The University of Stirling Handball team will continue to promote its values based on gender equality and inclusivity. Women and gender minority deserve to be supported to play any sport rather than being undermined by discriminatory practices. Thus we would stand on the side of any protest related to gender equality and sport, just like the Norwegian beach handball team.” 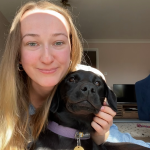 The language of our land: The importance of keeping Gaelic alive