DISCLAIMER: This piece reflects the views on an individual writer, not of Brig nor of the Comment Editor

Sexual Violence has been an issue unfortunately faced by women and men since the dawn of time, with the practice of weaponised sexual violence being present in almost every single conflict in human history. Sexual Violence has continually and consistently been treated as an issue that people, particularly women, have had to factor into their lives in the same manner that pubs have had to factor in people stealing glasses, treating it as near unavoidable.

This normalisation of sexual assault has contributed to its persistence in western culture, with survivors of such attacks being represented as a statistic rather than a real human being. Sexual Violence has become repulsively normalised in our society. When 97 per cent of women had said they had been a victim/survivor of it, from a UN Women UK investigation, societies first response was essentially “Are you sure?”, “Nah that’s too high” and “What do you mean by…”

In Stirling today, the issues of sexual Violence, spiking and harassment are arguably more present than ever before. This awareness displays that society is finally seeing that sexual violence as more of an issue than ever before. More brave women are telling their stories and experiences of sexual violence and spiking with the world around them, a world that had previously suppressed all mentions of such ‘sensitive’ subjects.

It’s fantastic to see the hard work of feminist groups, allies and movements are finally being seen and heard not just by the minority, but by the previously ignorant masses and the powerful elite. But at the same time, rates of sexual Violence are still sickeningly high and are not being appropriately tackled by authorities. More people need to do their individual part by first acknowledging their own accountability and by better educating themselves in their own roles in our deeply patriarchal system.

It was shocking to me to discover just how ever-present the threat of sexual violence and assault is to women worldwide, but also in my own communities. I had grown up in a safe and ignorant male bubble. I had been excluded from conversations relating to the subject at school. I had grown up in a system that valued, and still values, male careers, and reputations more so than their actions and the people, often women, they harm.

I mean, a member of our royal family is an alleged paedophile and yet he is simply allowed to live in extreme luxury, rather than in a cell or at the very least in an FBI questioning room. No matter what you identify as or your own personal politics, you have to acknowledge that that is a sign of a flawed system.

Regardless, when I heard the statistic of 97 per cent I must admit I cast my doubts, after all, that’s practically every woman I’ve ever known, and I’d never heard of a woman in my friend group facing harassment or being assaulted. I certainly knew that none of ‘the lads’ that I know had ever even hurt a fly. But with that shocking statistic came new topics of conversation, and with new conversations, conversations I had previously not heard, came a new realisation. Men need to educate themselves on their own problematic behaviour and adjust their actions accordingly.

Stories of men copping a feel in clubs, forcibly kissing drunk girls, verbally harassing women who reject their advances, online stalking, unsolicited messages and images, rapes, and assaults both in and out of domestic relationships. All these stories had gone unheard, often being silenced.

Yet most shockingly I also found how nonchalant these stories were being told as if these assaults were anything less than criminal and horrifying. Stories of sexual assaults were described as “normal”, sexual harassment as “to be expected”, stories of changing the direction you walk at night as “perfectly acceptable”. What the hell?

I never had to deal with all these things. How come I’ve only heard about this problem after 21 years on this planet? Why weren’t these issues taught to me from the second I entered education? Why have I effectively been told that as a man I both don’t need to worry about these issues whilst also being a part of the problem?

The lack of self-awareness from men today is, I believe, the principal reason as to the 97 per cent statistic exists. Often the self-forgiving “Not all men” hashtag trended on Twitter, with the neckbearded incels and the douche frat house crowd pleading that, “most men have never raped anyone and that it’s only a small group of bad guys”.

Obviously not all men rape, but that’s really not the point.

All men have the ability to make a woman feel uncomfortable walking home alone at night, and let’s face it, most men have probably been a right creep at least once and not realised it, I certainly have. This male ignorance of the female reality is something that needs to be addressed.

Stirling is a microcosm for the UK’s wider relationship with sexual violence. In Stirling, we have a certain venue that everyone knows is a dangerous place for women yet continually receives business from aware masses and that is never held accountable for its failures to protect its patrons.

We have our reluctant authorities who won’t hold our influential people accountable, with Stirling sports teams and societies being placed on an untouchable pedestal, or at the very least placed in a protective bubble.

Recently, Stirling has been hit with a new wave of spiking, an unfortunate innovation being the method of spiking by injection. This is a threat that seems a majority of Stirling establishments, with a few exceptions, don’t take seriously.

I would ask why women-only nights as a semi-regular event don’t exist, not to say women can’t be abusers and predatory, but a lot of women I’ve spoken to always say they feel safer when fewer men are around. I would ask why people aren’t regularly frisked on the way into clubs? Why aren’t there more female staff members? Why aren’t known predators being barred from attending, and sometimes working, at these establishments?

However, there is only so much a pub or club can do.

This starts from the earliest age possible within our public education system but needs to constantly be reiterated all throughout life. Alongside education, perpetrators of sexual violence need to be held publicly accountable and punished, harassers need to be named and shamed, men need to hold other men accountable for their behaviour.

We all need to collectively understand that not only does “No mean No”, but “Please go away” isn’t a personal attack. 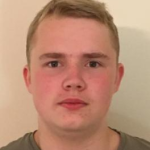