The halfway point of Doctor Who Flux has arrived in ‘Once, Upon Time’: A complex adventure that will either leave you feeling excited and intrigued or let down and confused.

I was particularly excited for this weeks episode to see the resolution to last weeks outstanding cliffhanger, and whilst I enjoyed elements of the episode it felt like just that, a resolution to a cliffhanger.

The episode sees Jodie Whittaker’s Doctor along with companions Yaz and Dan and new ally Vinder, thrown into their own time streams as they’re forced to relive their lives whilst time splinters around them.

This is particularly interesting for Whittaker’s Doctor, as the season 12 finale revealed she had lived countless lives that she couldn’t remember, including a previous life as Jo Martin’s Fugitive Doctor, who makes her return. She reprises her role in a flashback to the Doctor’s previous encounters with the villainous Ravagers, however her return is not as glorious or as fulfilling as I would have liked.

Instead of seeing her Doctor in the flashbacks, the scene is played out by Jodie Whittaker who is effectively playing the scene as Jo’s Doctor (who does appear every so often like a glitch). Whilst Jodie does give a good performance in the sequence, I felt it deprived the Fugitive Doctor of a great moment whilst also not adding anything new to Jodie’s Doctor, as these events didn’t actually happen to her incarnation. I know, it’s all a bit ‘timey wimey’.  Whilst it’s a good sequence, it doesn’t serve either character well. 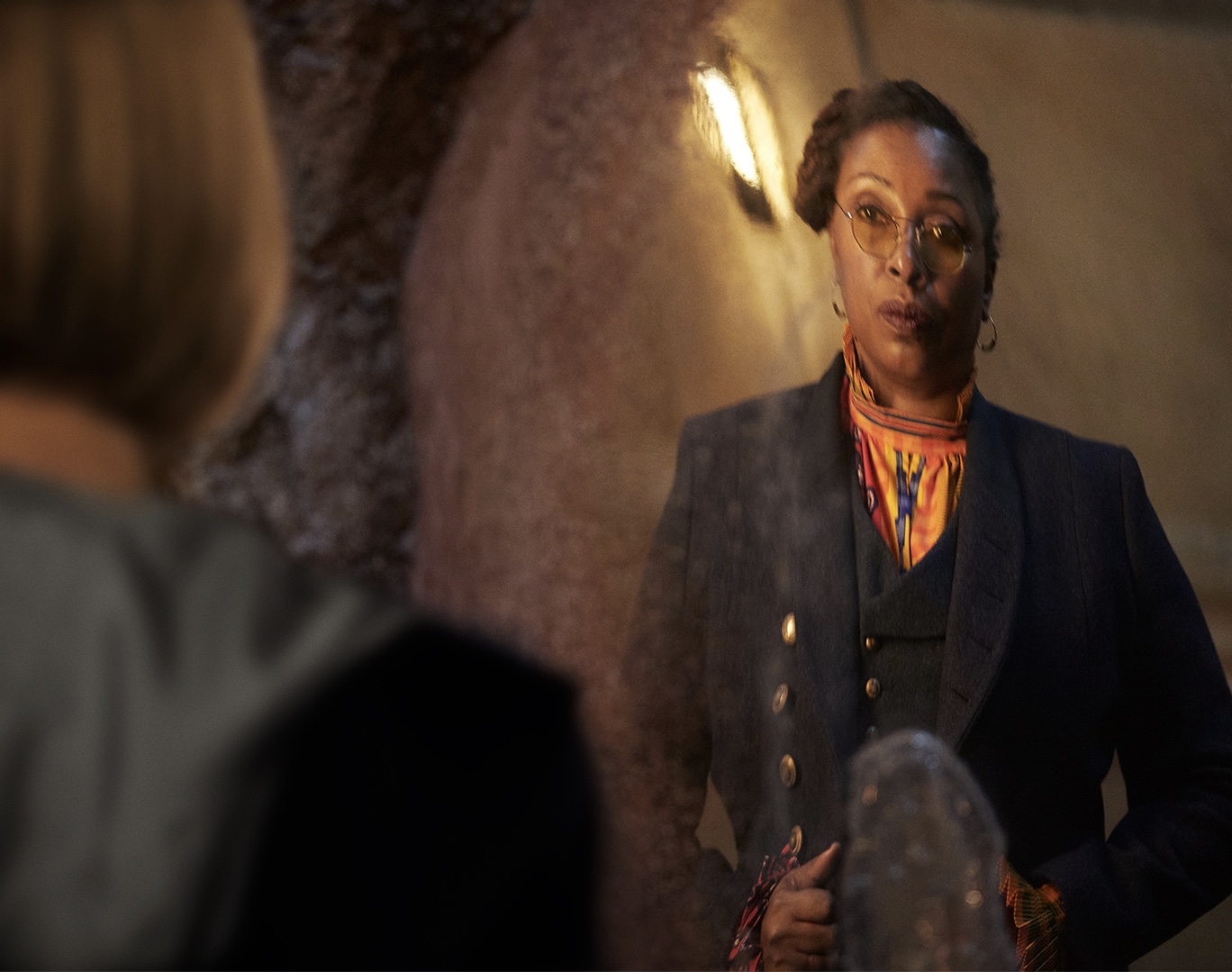 Although the Doctor’s side of the episode is exciting I felt both companions, Dan and Yaz were side-lined and came out of the episode no more development than at the end of episode two. Besides one tense moment with Yaz and a Weeping Angel, both characters are restricted to walking around for half an hour acting confused.

This is a particular shame because so far we have had very little screen time with the new TARDIS team altogether, so another episode that splits them up and focuses heavily on the timeless child and flux mysteries was rather disappointing.

Saying that, Jacob Anderson’s character Vinder, got a lot more to do here and is a much more compelling character than I originally perceived him as. We learn about his backstory and met his partner (Thaddea Graham) who has got her own sidequest where she battles the Daleks and cybermen. These characters do a good job of establishing the threat of the flux and help to humanise the rest of the universe in a meaningful way.

Although whilst they do serve a purpose, Thaddea Graham’s subplot in particular slowed down the episode for me and it’s only really by the end that you realise the importance of it.

At first I found all these different plots completely impossible to navigate around but they do tie up nicely towards the ending. However, come the end of the episode I did feel as though we hadn’t progressed very far from last week, and it actually felt like a 50 minute resolution to a cliffhanger rather than it’s own episode. It’s definitely not an episode I would revisit on it’s own.

Overall the episode is a drop in quality compared to the past two amazing chapters. However all things considered we do get another fantastic cliffhanger, this time featuring a rogue Weeping Angel onboard the TARDIS, which leads directly into their first centric story in over ten years, set to air next week.

Sexual Violence and Stirling: Ignorance and the need for education