The Sims came out in 2000 and 21 years later the original and its three sequels have proven a hit with boomers, millennials, and Gen Z alike.

As kids, we play make-believe games all the time and Sims is this concept on a digital level.

Now, I’m no gamer girl but Sims is the one game I can get lost in for hours at a time.

When I was younger, Sims game night was a family activity between my mum, my brother and I.

We took it in turns to take care of our doppelgänger family- something that came a lot more naturally to my mum than my brother and me.

While my mum transferred her parenting skills to the game, cooking and cleaning, I was busy drowning my brother by removing the ladder from the pool.

In all fairness, he couldn’t resist leaving me out to die in the snow in Sims Seasons.

In a way, the game holds a lot of nostalgia and memories for me to reminisce on.

However, as I’ve got older the game has become the perfect escape from day-to-day struggles like uni work.

I dread to think how many hours have been spent procrastinating by using cheat-codes to make my Sim a millionaire, when in reality I’m a broke uni student.

Graphically, it’s improved over the years with the expansion of options in both Create a Sim and build mode but it’s still pretty basic.

It can also at times be pretty tedious. It can surprisingly take a lot of mundane tasks to keep your Sims mood outlet high, leaving not much time for the more exciting parts of the gameplay.

Despite the Sims being a game replicating real life, it can be incredibly liberating.

You can step into the shoes of a completely different person- be it being promoted to town mayor or embracing your evil temptations in the criminal career.

The game has been made even more versatile through expansion packs such as The Sims 3: Supernatural that allows you to sink your fangs into life (or death) as a vampire.

The real fun behind the game comes from the freedom to play however you want. There’s no quest to follow, other than the path you choose for your Sims.

It’s like playing God and living human (or Sim) at the same time. 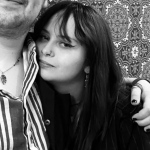