Activists from Raging for Change protested outside Barclays bank in Stirling on Friday, demonstrating against the banks continued funding of fossil fuel projects and encouraging passers-by to boycott Barclays.

Raging for Change is an activist group determined to call out corporate greenwashing techniques and create “no nonsense” climate solutions that target the climate offenders at the root of the crisis.

Co-founder of the group Dr Sandy Winterbottom said Barclays is known for “having their hands dirty” and is “the worst bank in Europe for funding climate change”.

She said: “At a time of ecological crisis, we need banks to fund solutions rather than fuelling the problem.”

Barclays is one of the biggest banking culprits funding the environmental crisis and has spent $144 billion on fossil fuel projects since the Paris Agreement in 2016.

Local activist Mandy Cairns protested at Friday’s demonstration and said: “They are deliberately causing the destruction of our planet by funding fracking, arctic oil and gas extraction, and industrial animal agriculture.

“We don’t stand a chance of surviving unless banks like Barclays cease these kinds of investments and activities.”

Protestors advocated for people to stand against Barclays and switch banks, using their money as a political weapon to tackle the climate crisis and create fundamental change.

Sandy said that “the most effective agent of political change we have is our money and what we spend it on” and “we all need to stop funding climate change, however inadvertently we are doing it”.

The placards and banners of protestors caused a stir in the city centre and the message of the activists was clear.

Barclays will continue to cause destruction through its funding of fossil fuel projects unless customers themselves remove its power.

The protest has highlighted that we are all part of the system we are blaming and as Mandy said: “We are in the middle of a major mass extinction event that we’re causing, and Barclays is actively bankrolling this process.” 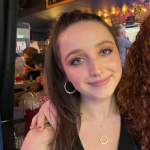 Treat the vegetarians in your life this Christmas with Veggie Wellington