Horror cinema has often fallen victim to banal remakes and predictable jump scares. If you are searching for a frighteningly original film for your Halloween watchlist look no further than Ari Aster’s 2018 psychodrama Hereditary.

Why Should You Watch Hereditary?

I consider myself a hardened fan of horror, undaunted by all things ghostly and gory. The first film to truly scare me was William Friedkin’s The Exorcist. I watched it secretly through the gaps of my trembling fingers at the age of eight. No amount of Disney films or cuddly toys could distract me from the image of Linda Blair’s head jerking around 180 degrees while spewing expletives at a clergyman.

It would take 10 years for a film to come along that scared me like The Exorcist did. Both terrifying and heartbreaking, Aster’s feature-length debut Hereditary crawled under my skin and lurks there still. Without a doubt, it is the scariest modern horror film.

Hereditary follows the breakdown of the Graham family in the wake of a bereavement. The scene is a familiar one as the Graham’s fumble their way through the funeral proceedings. They struggle to express their grief in the appropriate way and exchange awkward sympathies with unfamiliar friends of the deceased. As a result of losing their matriarch, the once-ordinary family become entangled in the unrelenting web of a satanic cult. Unbeknownst to the Graham’s, the cult has been sneaking around their family home for decades.

Toni Collette’s masterful performance as Annie Graham oscillates between mother and monster. Stricken by grief, she throws herself into model-making by meticulously recreating her most painful memories to gain a semblance of control amongst chaos. Collette’s performance alone makes Hereditary a must-watch film.

Hereditary is deserving of high praise on all accounts. Pawel Pogorzelski’s striking cinematography plays with the uncanny, presenting a voyeuristic exploration of the internal workings of the Graham family. There is no refuge for frightened viewers in the background of Pogorzelski’s most sinister shots because obscured horrors skulk there too.

The most memorable element of Hereditary is the impeccable sound design. Colin Stetson’s discordantly beautiful soundtrack meshed with sound design by Lewis Goldstein and Tom Ryan come together in an assault on the ears. From scuffling and wheezing to Colette’s heart-wrenching screams, every sound is deliberately placed to cause maximum unease. Those who have seen the film will know how bone-chilling a simple tongue-click can be.

Inherited Horror and the Dangers of Grief

The gradual unravelling of the Graham family prevails as the dominant source of discomfort in the film. There is nothing remarkable about the Graham’s. They have a nice home, the parents have good jobs, the children attend a good school. Everything about their lives is mundane.

Conversely, their horrific yet ultimately plausible circumstances render them vulnerable to manipulation and cultish machinations. Their fate is unavoidable, decided for them by the malicious powers that their grief invited in. Hereditary makes literal the idea that we inherit our parents’ demons.

Imagine taking a deep breath then having to hold it in for two hours. That is how it feels to watch Hereditary. The tension rises to an excruciating fever pitch within the first 30 minutes. The much-maligned jump scare lurks in the back of every frame, but never manifests to resolve the tension.

When the lights flicker on and the credits roll, the residual horror creeps out beyond the screen. Hereditary reminds the audience that grief is an inevitable horror that comes to us all, and we can only hope it comes in kinder ways. 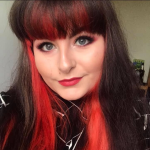 Lemn Sissay: the “Rebel without Applause”