Stirling Council, along with partner organisations in the Stirling Gender Based Violence Partnership, has decided to relaunch its local campaign to raise awareness of gender-based violence in Scotland, after discussing with White Ribbon Scotland.

Men across the Stirling community are being urged to take more action in raising awareness for the renewed campaign to end violence against women and girls.

White Ribbon Scotland is recruiting volunteer speakers, who are encouraged to advocate for long-term behavioural change and will be trained to host awareness-raising events within their own communities.

“We look forward to a sustained approach exploring the many aspects of what men can do to make a difference.”

Stirling Council reaffirms its personal commitment to the campaign in collaboration with other organisations whose shared aim is to eradicate and cease gender-based violence against women across Scotland.

Since 2012, Councillor Martin Earl, an elected Member within the Stirling community, has been appointed to act as ‘Champion’ for the Campaign.

“It is a privilege to have been appointed to my role and I will do everything I can to support this vital campaign,” says Cllr Martin Earl.

“I hope people come forward and help us ensure Stirling is at the forefront of ending violence against women and girls.”

Cllr Martin Earl continues: “Men must acknowledge they have a key role in ending violence against women and girls. How we act, speak, and react is crucial to ensuring gender-based violence in all its forms is challenged and ultimately prevented.”

“We know that the majority of gender-based violence is perpetrated by men and so it is clear that solutions to the problem must involve men too.”

If you are interested in taking part in the ‘White Ribbon campaign’ to end violence against women, please contact Davy Thompson at davy@whiteribbonscotland.org.uk. 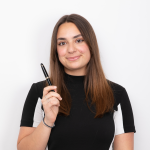