The last decade saw an array of resource gathering and crafting systems in popular games.

Minecraft had an enormous impact after its release in 2011. The small indie start-up about punching trees and digging holes quickly became the defining game of the 2010s, and eventually the highest selling title of all time.

Developers everywhere have scrambled to try and mirror even a small part of this success. So much so, that while the feature existed before Minecraft, crafting mechanics feel almost unavoidable now.

Despite this abundance, few games manage to recapture the magic of Minecraft’s system. Crafting often feels like an after-thought. For the most part, I think that the potential of such a system is wasted. Here’s why I think this is, and what can be done to fix this problem:

The issue I have with crafting in most cases is simple. It’s boring.

Generally, once the correct resources have been gathered, all it amounts to is scrolling through endless menus, recipes, and guides. All that, just to then produce the item with the press of a button.

Forging a sword should feel visceral and engaging. Instead, it feels like surveying an Argos catalogue.

It can be extremely tedious, and I often struggle to find motivation to interact with these systems at all.

Some games do manage to get away with this menu-based style of crafting, by having it act as part of a satisfying gameplay loop.

In Terraria, for example, crafting new items is what allows players to explore new areas. Here, players find new resources and can craft better items, to explore more new areas, and so on.

Even if the UI is dull at times, players are incentivised, and even excited to craft because of all the new opportunities it will present to them within the world.

Increasingly, however, crafting is a slog to get through while making no contribution to gameplay progression.

In Red Dead Redemption 2, crafting is completely optional, and involves long, drawn-out cutscenes in the name of realism. While watching a character slowly rotate a rabbit leg over a spit certainly appears realistic, it’s hardly very immersive. If the system is boring and not essential, why use it at all?

Crafting in games doesn’t have to look real to be engaging. It just has to feel real to the player. This means creating systems that are hands-on, imitating the nature of real-life construction.

Minecraft’s system does this perfectly. Players physically assemble materials together in a 3×3 grid. You want a bucket? Drag and drop iron into the shape of one. A book? Just place paper next to leather.

Is this realistic? Not at all. But it engages the player with simple puzzles that follow the game’s consistent logic. It’s much more satisfying to figure out that a torch is crafted by dragging coal atop a stick, than to select it from a menu.

It’s incredibly intuitive. It also greatly contributes to the game’s accessibility, and in particular its popularity with children. No matter whether you can read, or what language you speak, in Minecraft everyone learns the same visual language.

Sadly, Minecraft’s crafting grid was optimised for PC. For console releases, it was supplemented with traditional menus. The absence of a keyboard and mouse is certainly a barrier for a grid-based system.

Crafting should not be an after-thought

Even so, there are several examples of games on consoles that take influences from Minecraft’s kinetic crafting system and put their own spin on it.

The Legend of Zelda: Breath of the Wild’s chemistry engine allows different elements to interact with each other. This echoes Minecraft’s grid system in how tactile it feels, however, comes into its own in encouraging player experimentation and fun.

For instance, there are multiple ways to build a campfire in Breath of the Wild, and none of them involve selecting it from a menu. Wood can be lit by; hitting coal to generate sparks, using the games elemental fire weapons, or using metal items to conduct lightning in a storm.

These are all ridiculous, but make perfect sense within the game’s world, and are a joy to discover.

Another possible approach is to turn crafting into a mini game.  In Spirit Farer, machinery for crafting has to be operated by the player in real time. This is achieved through timed button presses and moving the character to various switches and levers.

Unlike the freedom found in Breath of the Wild’s system, this is a lot more controlled. As such, it’s a successful method of avoiding monotonous menus, while still presenting a carefully structured experience.

There are a lot of ways to implement crafting into games. Ultimately, I just hope that the examples I’ve mentioned start to make an impact.

I want the industry to stop shoving crafting in as an after-thought, and instead treat it as a means of satisfying progression.

Moreover, it would be great to see less passivity. An increase in systems that encourage problem solving, and a decrease in those that insight less effort than ordering dessert in a restaurant. 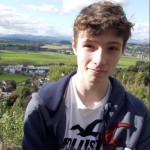