The University of Stirling has invested nearly £420,000 in companies linked to fossil fuels through the investment manager Rathbones in 2022, despite pledging to only invest in “organisations whose financial activities include policies and controls to protect the environment”.

Figures uncovered through a Freedom of Information request show that the University of Stirling holds £419,637 of investments in funds linked to companies that have been criticised for their unethical behaviour, out of a total investment of £1,070,192. Among the companies involved are Foreign & Colonial, JP Morgan Chase and Severn Trent.

Data shows that nearly one-tenth of the university’s investments are in Foreign & Colonial Investment Trust, a fund owned by the Bank of Montreal. The Canadian bank is allegedly the fifth largest financier of the oil sands. It is investing billions of dollars into production of one of the earth’s most climate-damaging fuel sources. The University of Stirling is indirectly investing £102,287 in one of the most powerful and carbon-heavy banks in North America.

Stirling also owns £81,294 worth of shares in JP Morgan Assets Managers Fund. As of 2022, JP Morgan is the largest lender to the fossil fuel industry in the world. The company has put a total of $268bn into coal, oil and gas firms since 2017, being the biggest amount of money a bank has ever put in fossil fuels industries, according to a study by Rainforest Action Network.

Although the University of Stirling is “committed to socially responsible investment” according to official statements, the university’s endowment fund includes £23,909 invested in iShares, a fund owned by BlackRock. This company holds one of the world’s largest fossil fuel investment portfolios, with $87bn behind the industry.

Other investments comprise Capital Group, that have opposed “92% of climate-related shareholder motions at fossil fuel companies between 2015 and 2019”, according to The Guardian and Legal & General Unit Trust, the top UK coal investor who is not heeding calls to stop investing in new oil, coal and gas production.

The University does not directly invest in the companies referred to above, rather investments are managed by Rathbones Investment Managers. The university divested more than £4,500 from Premier Oil and Cairn Energy in 2016, and took a pledge in 2019 to stop all direct fossil fuel investments.

The 2022 list of investments does not include HSBC, which was one of the main investments of 2021. This is a positive step towards reaching their commitment to Net-Zero by 2040, as HSBC is another one of the biggest financiers of fossil fuels in the world.

An ongoing campaign led by students from the society Global Justice Stirling and supported by the Students’ Union is aiming at trying to improve the Socially Responsible Investment Policy of the university, in collaboration with the Finance Department. The main demand is to extend this policy and to divest from all indirect unethical investments.

“As set out in the SRIP, the University does not invest directly in fossil fuel companies and is committed to eliminating the potential for indirect investments to be made in companies prohibited under our SRIP.”

People and Planet explained that the University of Stirling scored an alarming 0/15% for including student representation on their investment committee, publicly listing their investments annually and providing opportunities for the wider student body and staff community to engage with the policy. 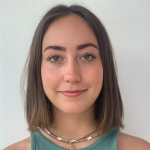 The Belgian MEP who made the European Parliament shift