Determined not to appear like a massive sausage fest, the Marvel Cinematic Universe has blessed us with Brie Larson power-punching bad-guys and in doing so, has created a superhero to stand toe to toe with DC’s Wonder Woman.

The film starts with a dream sequence as Vers (Carol Danvers/ Captain Marvel, as she’s known then) has visions of her old earth life as a pilot for the US air force, before sparring with Jude Law as he tells her to keep her emotions and powers in check. So far so superhero movie arc, all before we start shooting off on an intergalactic adventure. She lands on Earth pursued by shape-shifters and teams up with Pulp Fiction-era Samuel L. Jackson to uncover the story of her scattered memories and to unleash her true powers.

Of course, it should be stated that the film is a prequel to the entire franchise. Set on Earth in 1995 and co-starring Samuel L. Jackson (without Jheri curls) and setting off Nick Fury’s quest to find Iron Man in 2008. The film shines with the partnership between the out of place Captain Marvel and the de-aged, pre-eye patch Nick Fury.

When she finally becomes Captain Marvel and shows the full wet-yourself-in-joy display of her powers that only a very good CGI treatment can provide, we realise how much of a personal story this has been. In flashbacks we see how she has been underestimated by men and when she finally beats the man demanding she prove herself, we have a superhero who is not afraid to be herself. Seeing Captain Marvel at her fullest shooting across the screen like a colourful meteorite destroying all in her path is some of the best action in the film accompanied by some top-notch visual effects.

She quips throughout the film reminding us of a time when Marvel superhero films weren’t grappling with possible extinction and genocide of all life ever. Of course, those darker themes rear their head, particularly  in attempting to save a group of desperate refugees. However the film reminds us of our better nature by the closing credits with appropriate nineties musical queues.

The film is about icons, with Captain Marvel herself being the hero of a young girl even before the events to which she gained her powers as the ‘ordinary’ Carol Danvers. In framing Carol/Captain Marvel as lifted higher by her female colleagues and mentors the filmmakers craft a superhero who is both human and entirely awesome.

The film reintroduces to the Kree the bad guys from the first Guardians of the Galaxy, you know, the blue guy named Ronan? Of course, the film gets bogged down with baggage of the larger MCU villain’s set up to have an emotional punch, which falls flat. The emotion comes from the internal struggles of Danvers, who is played pitch-perfectly by Larson.

When the credits roll we’re greeted with “Captain Marvel will return in Avengers: Endgame” the greatest piece of marketing for the next film as fans will really want more Captain Marvel. 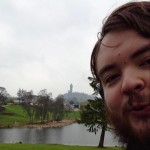 Conversations with a Killer: a review

For Sama is perhaps the greatest documentary ever made. Not only should it have been nominated for best picture it should have won.