Smith has been officially adopted as the SNP candidate for Stirling in the next General Election.

SNP Deputy Leader and Clackmannanshire and Dunblane MSP Keith Brown and Stirling Council Leader Scott Farmer were also there to support the candidate.

Jamie McDiarmid, president of the University of Stirling Students for Independence, told Brig, “I was delighted to be given the opportunity to organise Alyn Smith’s campaign launch at the university.

“The launch was made even better with the First Minister in attendance, who gave a resounding endorsement of Alyn.

“In Alyn Smith we have a great candidate who will really stand up for the people in Stirling who voted overwhelmingly to remain in the European Union. Alyn’s next step is to get on doors talking to voters to get down to the real issues.”

Following the event, Sturgeon tweeted: “Brilliant campaign launch in Stirling for @AlynSmith – thanks to everyone who came along to show support for #AlynforStirling and #indyref2020”

Smith first stood as a candidate for the SNP in the 2001 General Election in the constituency of Edinburgh West. He later contested the same seat in the 2003 Holyrood election, coming fourth in both campaigns.

He was first elected in the 2004 European election, becoming Scotland’s youngest MEP. Mr Smith has since been re-elected three times, in 2009, 2014 and 2019, making him the longest serving Scottish MEP still in office.

Smith currently lives in Edinburgh, but has said that he would alter his domestic arrangements if chosen as the SNP candidate.

Steven Patterson, the former SNP MP for Stirling between 2015 and 2017, had also put his name forward to be endorsed as the party’s candidate, however his application was rejected in favour of Smith.

If a general election was called, Smith would be contesting the seat with Stephen Kerr, the current Conservative MP for Stirling, as well as Fayzan Rehman, the prospective parliamentary candidate for the Liberal Democrats.

The Labour Party and the Women’s Equality Party, the two other groups who campaigned in Stirling during the 2017 election, have not currently named prospective candidates.

If Smith won a seat in Westminster, he would be replaced in the European Parliament by former MP Margaret Ferrier, the next ranked SNP candidate in the European elections. 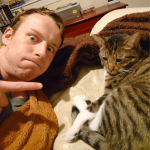 Brig’s guide to not losing your vote