Did you ever watch Total Wipeout when you were younger and wish you could have a go scrambling through that squishy obstacle course yourself? Well, now you can – in the virtual world of Fall Guys: Ultimate Knockout.

This highly addictive, full-of-beans video game, which burst onto the scene earlier this month on Steam and PlayStation 4, has taken the gaming community by storm and managed to bring in a whole new audience, thanks to its smooth, easy-to-grasp mechanics.

The player’s objective is to make their way through a series of obstacle courses (with some team-based rounds), using the commands ‘run’, ‘jump’, ‘dive’ and ‘grab’.

What makes Fall Guys stand out for me is the hours of childish, wholesome fun it can provide. It is strikingly different from other popular titles – such as Fortnite and War Zone – which share the same simplistic survival concept of staying alive and being the last one standing.

Fall Guys has the ability to make you feel as though you’re a care-free toddler again, determinedly dashing about a soft-play centre with little to no spatial awareness; which is a pleasant escape from the adult hardships we’re all presently facing in our lives.

For example, one obstacle round consists of charging through doors in the hope that they will open – as not all of them do. This can result in a massive pile-up of avatar bodies beneath the doors which remain stubbornly closed, which is a welcome change from all the queuing-up we’re having to do at the moment in the real world due to coronavirus restrictions in shops. Especially considering we’re already quite used to the overly-polite British back-and-forth of after yous under normal circumstances. 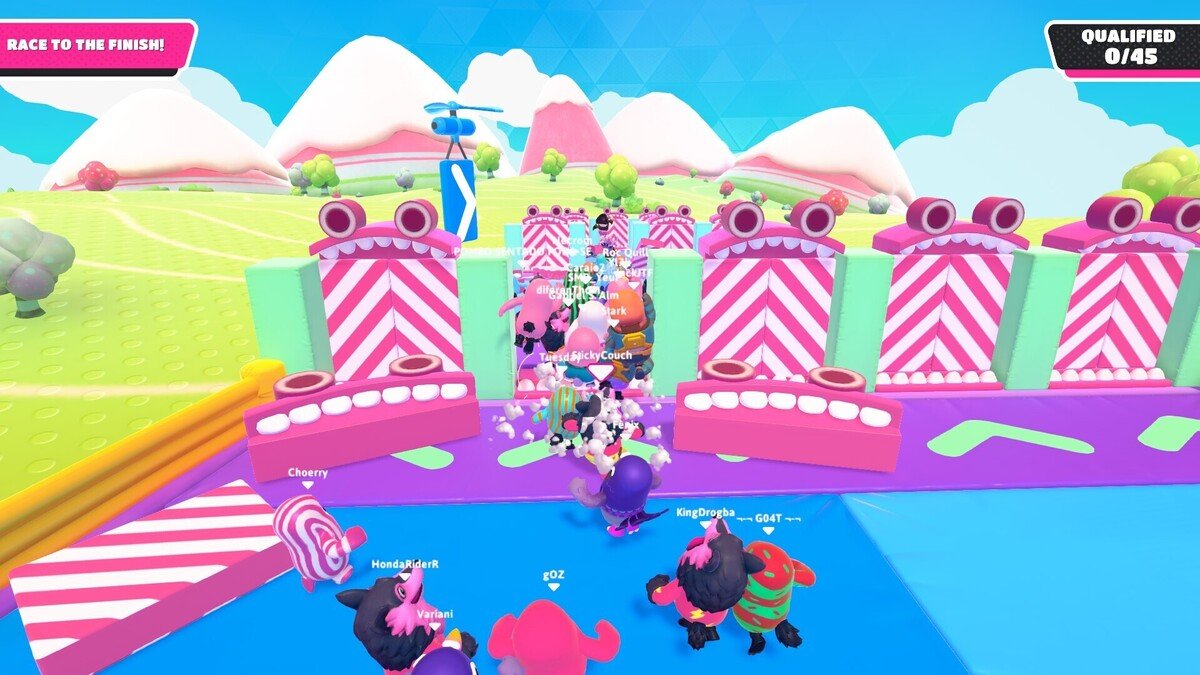 Fall Guys delivers the same level of entertainment as other games in the battle royale genre and succeeds in delivering this without all the gore and violence. Personally, I’ve never been the biggest fan of games which require gunning people down in war-torn settings as the speakers deafen you with nearby grenade explosions and the panicked huffing and puffing of your character as they take cover from flying bullets.

Therefore, whenever someone suggests I check out the latest release on whatever-the-current-coolest-console-is, I usually don’t end up all that invested. So it was refreshing when I was encouraged to give Fall Guys a whirl and found myself completely transfixed with the bright, candy-coloured screen.

My literary lockdown pursuits flew straight out the window and I was hooked, stabbing away at the keys of my keyboard and enjoying every minute of it.

Now, it’s an indisputable fact that witnessing someone have a clumsy trip or stumble can be the source of much hilarity. The entire TV show You’ve Been Framed, centred around home videos of ‘epic fails’, is testament to this.

Whilst playing Fall Guys, you’ll find yourself giggling helplessly at the amusing sight of your avatar’s flops and downfalls.

You can choose to spectate the remaining players’ struggles after you’ve lost a round – I’ve discovered watching your fellow competitors being catapulted across the screen by the gigantic spinning propellors can really soften the blow of being eliminated.

It’s not only the comedic value and the vibrant design which set this game apart. The soundtrack, too, is incredibly upbeat, energising and distinctive. Lots of players have even taken to making slap bass covers and remixes of the main theme, ‘Everybody Falls’ on YouTube.

The game also has some really nice extra touches. For instance, before each round begins, the jelly-bean avatars can be seen getting ready by touching their toes with their short, stubby arms as if they believe they’re professional Olympian athletes.

It’s so darn cute; particularly when they’re in costumes, which you can buy with ‘Kudos’, the in-game currency. It almost makes me tear up when they’re dressed as pigeons or pineapples and start their cute little warm-ups. 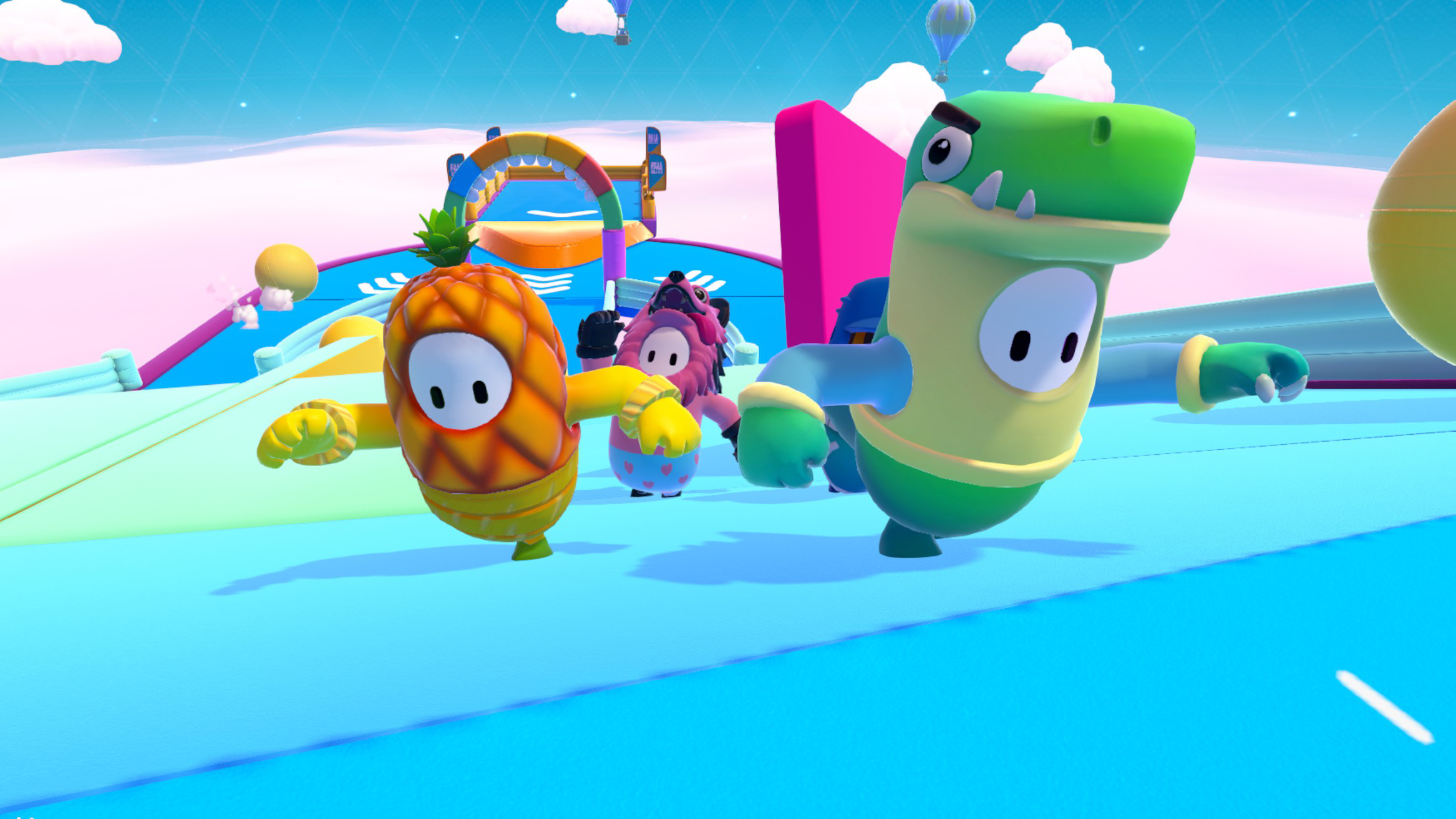 In my experience, Fall Guys has been the best game I’ve played in a long while and has proved to be jolly good fun. Although some players have argued on Twitter that the compulsory team rounds are frustrating and buggy, it has become one of the most streamed games on the Twitch platform and has been a huge trend online.

The ‘Battle of the Brands’ bidding contest has been introduced to keep fans engaged and has been extremely effective in doing so, by offering the chance for the highest bidder to create a themed, branded in-game costume in aid of the charity Special Effect.

As the game has received such a great response, players can expect the game to be made available on other devices in the future and look forward to additional content. For now, the game is free on PlayStation Plus and costs £15.99 on Steam.

Confessions of a hospitality worker

Feeling guilty in a connected world