It’s been over a year since the release of the lockdown must-have video game Animal Crossing New Horizons, so let’s take a look at one of the game’s featured aspect. The environment, the complex messages within the game, and the different ideas and opinions of its players.

In the newest version of the 21-year-old video game series Animal Crossing, your avatar lives on an island with barely any resources.

You are left with no choice but to become indebted to a business-owning raccoon with monopolistic tendencies called Tom Nook, in order to buy a house. You can then grow and customise your island, bringing in more inhabitants who are all anthropomorphised animals.

In order to repay your debt, you will need currency known as bells. You can earn bells by selling things like fruit, but also live fish and insects that you need to capture.

A new addition brought by New Horizons is the ability to build items like pieces of furniture and tools yourself. However, for that purpose you will need wood, metals and other resources.

You can get wood by using your axe on the trees on your island. However, take too much and the tree will disappear.

If you don’t want your island to become a barren wasteland, you can travel to another randomly generated one, for a fee. Then you can chop off all the trees; leaving the island depleted of all resources.

The state that you leave the island in does not matter in the grand scheme of things: as the next island will be filled with resources and you can continue the vicious cycle.

Why does it matter?

I play Animal Crossing myself so I don’t believe that liking this game makes you pro- mass deforestation. Of course, players understand that something you do in a game does not necessarily mean it should be replicated in real life.

However, Animal Crossing is not just played by adults living out their cottage-core escapist dreams, but also by children. Therefore, making the message this games create all the more valuable to their impressionable audiences.

Not that I think it will turn the next generation into bug-catching island settlers with a strange fear of raccoons. I mean, I played Animal Crossing Wild World as a child and turned out only… mildly scared of raccoons?

What I mean is that Animal Crossing may have potential to be used as an educational tool.

It would be interesting for the game to incorporate more realism by having natural resources not be in infinite quantity. Maybe there could be a limit to the number of islands you can deplete of resources, and they would take a few days to grow everything back.

I’ve played a bit of Animal Crossing: New Horizons but I haven’t played on Earth Day yet. In the game, it is known as Nature Day and happens on April 22nd. It is a special day focused on gardening and your island’s environment.

However, I have played on Nature Day; within the New Leaf generation of the franchise. Nature Day featured Isabelle, a lovely town hall assistant; she explained to me that nature is important and handed me a globe.

It was a nice event, but I would have liked to see a few lines explaining that a game console uses energy, so that the youngest players could become aware of that. Especially as switching off your console can be a good way to participate in Earth Hour in real life.

Adding this piece of information wouldn’t stray too far from the messages about overplaying that were incorporated in New Leaf. Indeed, if you had been playing for a certain amount of time, the villagers would ask you if you were tired and needed to take a break.

According to an article posted by People for the Ethical Treatment of Animals (PETA), many of the activities in Animal Crossing are not respectful of the virtual animals and nature.

The article adopts the idea that, even though no real fish are hurt when you fish in the game, the act of doing so is still morally wrong, even if virtual.

Therefore, the article states that vegan players ought not to do anything they would not in real life, such as capture insects. Following these rules would heavily impact gameplay.

I don’t think it is wrong to fish in the game. I am not vegan, either but there are no invalid ways of playing. So, if it is more fun for a vegan to also be vegan in the game then so be it!

What I think is unrealistic is the idea of natural resources being in endless quantity. In Animal Crossing, there is no concept of over-fishing, and this makes sense as you are the only one fishing or capturing bugs. The other inhabitants often try but rarely catch much!

However, a concept of biodiversity could add to the game. Maybe you could make sure you don’t always catch the same species in order to give it time to replenish.

Animal Crossing also reflects the dilemma humanity has always had about animals. Are they individuals who are our friends? Are they strictly resources? Are they both or somewhere in between?

Take this scenario: it’s raining on your island, but you dress your avatar in a raincoat and go chat with your friend Puddles, a cutesy pink frog villager. Then, you go fishing, and pull up… a frog! Which you can then sell to Tom Nook or display in your house as decoration.

Whilst Puddles is a character who you are encouraged to interact and sympathise with, and cannot utilise, the frog you caught is a resource. This means that Animal Crossing shows us the conflicting ways we see our relationships to animals as humans.

I don’t think this means that Animal Crossing is trying to send any message about the treatment of animals. However, they do seem to be aware of the peculiar situations that arise in the game, and point to them humorously.

Animal Crossing is a wonderful series and its latest edition made a lot of us feel better about being in lockdown; especially those who were alone. Its popularity also links closely with other popular lockdown hobbies: gardening, hiking and being in nature.

In this article I’ve added some ideas that I think could make the game more interesting by incorporating some realism on natural resources, and sending a different message about treating nature as a limitless supply.

Overall, the attitudes toward nature in this game simply reflect those we have towards it in real life.

Through my research on the series I have found that co-creator Katsuya Eguchi came up with the idea for the game as a young graduate dealing with loneliness.

He says that the main themes of the game are family, community and friendship. This is why I think exploring the relationship the player has with the animal characters; who are truly meant to represent your friends, as opposed to the resources animals, is interesting. 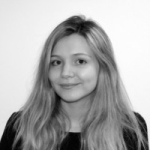 Could this be it for Jiberty? Brig recaps this week's Love Island

Two decades in Afghanistan - was it all for nothing?

How Young People Around Europe Are Stepping Up For The Planet