After hitting Netflix on the 19th of November, drama-musical Tick, Tick…BOOM! has been met with both praise and sensational reviews, and frankly, it’s unsurprising why.

Directed by Lin-Manuel Miranda and adapted for screen by Steven Levenson, the film charts the life of renowned playwright Jonathan Larson (played by Andrew Garfield) and reflects on the events that took place the week before his 30th birthday which he detailed in his rock monologue; Tick, Tick…BOOM!

Larson’s story is told through clips of his rock monologue, passionate musical numbers and looking at such pre-birthday events unfold which included; writers block, the Superbia workshop and relationship and friendship troubles.

The film stars some familiar faces, including Andrew Garfield, Alexandra Shipp, Vanessa Hudgens and more, all of which provide captivating performances and authentic character chemistry. This is particularly the case between Garfield and Shipp, and Garfield and De Jesus.

However, despite the array of talent on screen, this is Garfield’s film, through and through. Through every emotional scene, humorous scene, and musical scene, he shines, proving that he is a sincere talent within the acting sphere.

Aside from Garfield’s performance, the true mastery of this film resides within Miranda’s directorial hand and vision for the film.

From using erratic and sudden scene cuts to highlight Larson’s mania and chaotic thought process, Miranda has created a film that not only debuts strong, powerful film-making, but that inspires an immersive, inclusive experience. He links character and audience and as a result, the viewer is left uncomfortable, intrigued, provoked and thoroughly entertained.

It is a glowing, stand-out achievement for this first time feature director, that may just be on the cusp of some kind of genius. Miranda has shown himself to be a must-watch director who has left behind what can only be described as a hunger for more.

What should be of mention though, is that the plotting and navigation of the story can be confusing at times. As the film jumps between different events, situations, and time periods, it can get quite confusing to keep up with what exactly is unfolding.

However, as the film goes on, lines become clearer and the confusion does subside and resolve at the end. Thus, this is a film that demands attention and understanding (which you will definitely want to give as the film goes on), and perhaps it arguably could be more understood if one had the advantage of knowing Larson’s story beforehand.

Nonetheless, the experience of Tick, Tick…BOOM! is surreal, entertaining and special. It is a film to get lost in and one you won’t forget by any means. 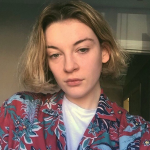 Stirling politicians welcome £100,000 funding for tenants at risk of eviction