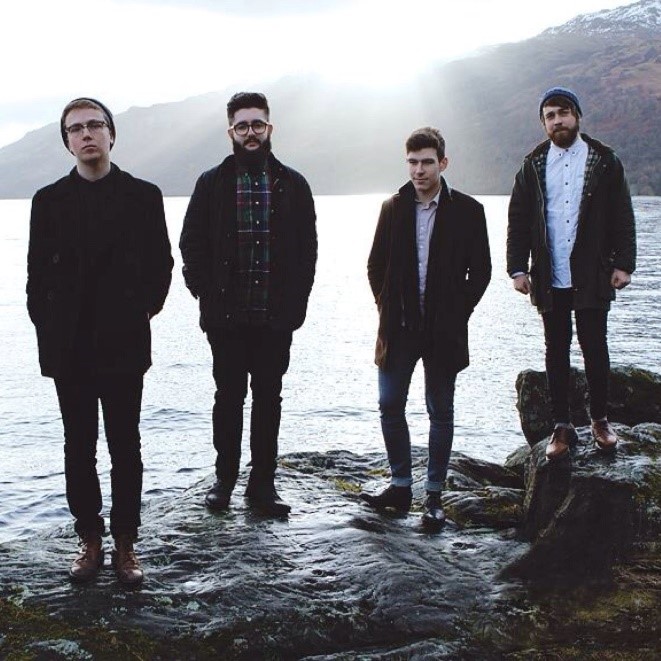 The first time I saw Fatherson, it was in the cramped Inverness Ironworks along with about 100 other teenagers. It was immediately obvious that they were different from other local acts. Surprisingly, they had talent. They weren’t just ‘alright for a local band’, but they were genuinely talented. Their set was solid and the crowds grew larger every time they returned to that small venue in the middle of nowhere.

A couple of years later and the Glasgow indie-rockers drop their debut album ‘I Am an Island’. A blend of crunching guitars and infectious melodies, the record has caused them to become somewhat of a sensation. Combining both pop sensibilities and Ross Leighton’s uniquely charming vocals, Fatherson are honestly quite hard to dislike.

Within the thriving Scottish music scene, this band are proving that they can hold their own amongst their contemporaries. Last year they performed to a packed King Tut’s Tent at T in the Park, and 2015 looks to be equally bright. Not only are they currently supporting Enter Shikari, but they’re also headlining their own upcoming tour in Germany. They’ve come a long way from playing to half-cut teens on a Thursday night.

‘I Like Not Knowing’ is the lead single from their debut record and it’s pretty great. Right now, you can download it over at Earmilk.

REVIEW: Selma is more than a beautiful film, it stands up to inequality