It is Valentines again and that means it’s time to look at film and TV’s most lovable couples. But we all know that love comes in many shapes and sizes and although many of these entertaining twosomes might stare passionately into each other’s eyes and declare their undying love, many of them prove just how crazy and messed up the road to true love can be.

Mickey and Minnie from the Mickey Mouse Show

Walt Disney first drew Mickey and Minnie Mouse in 1928 and ever since then this adorable squeaky couple have made us all laugh and smile with their wild adventures and cute romance.

Ross and Rachel from Friends

Most of us know the hugely popular American sitcom, Friends. Friends gave us a whole series of weird and wonderful relationships that made us laugh or cry from Monica and Chandler, Phoebe and Mike, Ross and Mona, Rachel and Tag, Joey and the duck. But none of these kept us quite as entertained or kicked our emotions into gear quite as much as the rollercoaster of a relationship between Ross and Rachel. Are they right for each other? Are they not? Were they on a break? Was Gunther her one true love? Either way, Ross and Rachel may have been a romantic mess, but most of us have been there in one way or another and their dysfunctional love story reminds us that love is not always easy or even romantic, but maybe we all do have that one lobster out there after all.

Jack and Rose from Titanic

It’s one of those films you either love or hate, but you can’t deny that Titanic is a love story that once seen, will never be forgotten. Whether you think Rose should have made room for Jack on the piece of floating wood or not, this film is not only a cinematic marvel, but also shows that love cannot be ignored and can truly cross the barriers of class, tragedy and time.

When the first Shrek hit our screens in 2001, it revolutionised romance. It wasn’t about beauty and the beast anymore, or even about the beast and the beast. No, Shrek challenged our perceptions on physical and characteristic beauty and reminded us that love can be found in the most unexpected places and it doesn’t matter if you’re green and mean, the fairy-tale of true love is real. 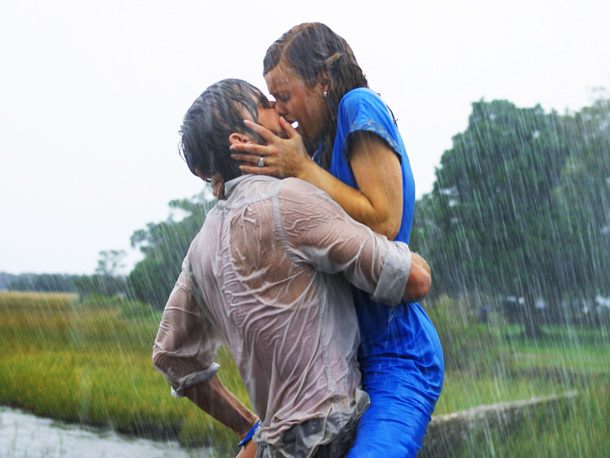 Noah and Allie from the Notebook

If there was ever a film to make people laugh and weep all at the same time and run the risk of choking, it was the Notebook. A story which looks at stupid, crazy love and its ability to transcend class and even time. Allie and Noah fight, kick and scream their way through their passionate but stubborn relationship as they both show their immature colours. But despite their obvious differences and clashing tempers, Noah and Allie grow up to realise that they just can’t be apart and as the years pass they prove just how committed and in love they are to each other in sickness and in health. Carol and Therese from Carol

There are many films that look at LGBT relationships and the majority of them reveal the tragic truth that many LGBT people face challenges in society as they explore and define their personal orientations and love. One such film that does this is Carol. Carol follows two women from very different backgrounds who find themselves in an unexpected love affair in 1950s New York. As conventional norms of the time challenge their undeniable attraction, an honest story emerges to reveal the resilience of the heart in the face of change. The story redefines 1950s stereotypes of lesbianism and shows just how ugly and unfair life could get when women tried to break away from convention and love another woman.

Homer and Marge from the Simpsons

Whether you hate them or love them, just about everyone knows the Simpsons. This notorious family of yellow coloured, four fingered Americans have risen higher and higher in the entertainment world for nearly thirty years. But what makes us laugh the most is good old Homer who proves that stupidity is something you really can’t grow out of. Homer’s poor wife Marge has had to deal with Homer’s grand and rather impressive mistakes throughout their marriage and their relationship cleverly defines many of the genuine problems that are the norm in western traditional nuclear families in one big comical cocktail.