Stirling University Netball Club are set for another year of successful volunteering in Bridge of Allan.

The girls are part of a volunteering programme with Active Stirling in coaching netball to Bridge of Allan Primary School girls.

Every Wednesday the netballers coach around 20 girls from Primary 5 to Primary 7, teaching them the rules of netball, showing them new techniques and umpiring matches.

Ruth Henderson, of Active Stirling, played for SUNC during her university years and has a close connection to the sport. When she realised there was no opportunity for young girls in Stirling to play the sport she knew something had to change. She set up the after-school netball club at the Allan centre and built a relationship with SUNC President Leah Syme, encouraging them to help run it.

“Ruth just wanted to get the girls more involved in netball within the community and have people shouting about it,” says Leah.

And with more girls coming along each week to the club, it is clear they idolise the university netballers.

“They are such a nice group of girls and it’s amazing how a sport can bring people together from all abilities,” says the SUNC President.

This is the second year that the club is participating in Active Stirling’s sports initiative with nearly 10 girls from SUNC signed up to volunteer.

The SUNC President says volunteering at the Allan Centre benefits the university club as it provides the young girls with “a good impression of netball in Stirling” and in the long term they may find themselves playing for Stirling University.

She added: “It is a great way to promote the sport”.

The initiative was trialled in nearby areas Raploch and Bannockburn but did not take off. Leah, who also volunteered in these areas, says the success in Bridge of Allan is thanks to the enthusiasm and passion for the sport from the young girls.

Paul O’Shea, Active Schools Coordinator, says due to the success of the netball programme, there have been discussions of replicating the initiative with other sports such as tennis. The university has “a number of tennis players and scholars – so it’s hoped that over time we can build this as well”.

Leah agrees, commenting that she doesn’t see many other university clubs “getting involved outside of the university and into the community” but hopes that this initiative will kickstart other clubs to follow in their footsteps.

These university netballers are proving that it is not always about the success that happens on court but the success within a local community as well. 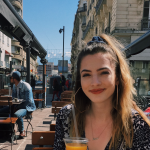