Names such as Jamie Murray and Madeline Groves joined up with students to train and prepare for upcoming tournaments.

Global swimmers such as Minna Atherton, Gordon Reid and Zac Incerti; worked with Stirling University ahead of the International Swimming League fixtures. 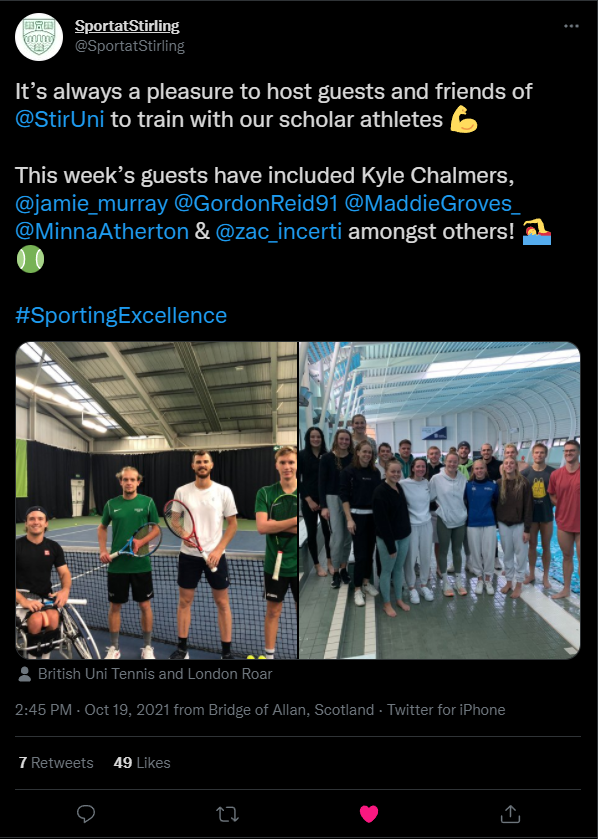 The London Roar team, which features Stirling scholars such as Duncan Scott, completed a third-place finish after the competition in Naples.

“It is mission accomplished. We certainly didn’t want to stay for an extra week.

Some new faces also came into the team and they did a great job. That really cemented our place in the play off, but we got it done and we are really looking forward to Eindhoven.”

Jamie Murray and Kyle Chalmers also stepped onto the Stirling tennis courts to put the scholars through their paces.

The University players enjoyed their session with one of the leading double players in the UK.